10 Classic Egyptian Mosalsalat That Need To Come Back This Ramadan

Maspero Zaman has us more excited than molokheya for Iftar, as the new channel is re-airing some of Egypt's greatest TV shows this Ramadan, and we've got our wish list all prepared. Major throwbacks ahead. 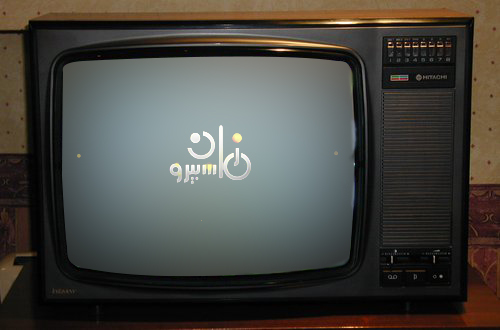 Nostalgia is officially in fashion. First we had old paper money come back into circulation and now we have classic Ramadan TV shows making a reappearance! This is almost more exciting than finding out we're having molokheya bel araneb for Iftar. All our favourite mosalsalat, fawazeer, and greatest historical Egyptian football matches are set to appear on the newly launched Maspero Zaman channel. Well maybe not all, but the channel has promised the return of a slew of awesome shows. This satellite channel was the brainchild of Safaa Hegazy, the head of Egyptian Radio and Television Union, in the hopes that it will start a revival of the 'golden age' of Egyptian television. Here are 11 shows we desperately need to return this Ramadan.

It wouldn't be a good ol' 90s Ramadan without our favourite Armenian-Egyptian triple threat's Fawazir Ramadan (Ramadan riddles) - aka all the comedy, music, and dancing your heart desires.

We're excited to sit back and polish off a tub of atayef while watching the multi-talented child star Sherihan in her classic Fawazeers from the 1980s and early 1990s.

We need our favourite little man in green to come back to tell us the big and small of things. Whether it's taking us around the world or making us laugh with a cute song and dance, we want to see Fatouta back more than we want the last slice of red velvet konafa. Almost.

This mosalsal has been remade approximately three thousand and forty two times, but fans agree that the original version is the best. Duh.

Basically Fawazeer for kids, one of our nation's most famous comedians Fouad El-Mohandes hosted this fun show that ran for over ten years. If you grew up in the 80s, aside from having horrible crimped hair and loving leg warmers, odds are you definitely watched it.

If Barney is as American as apple pie, this is as Egyptian as ma7shy. These weird looking puppets will make you miss being a child.

Let's all keep our fingers crossed for the epic return of our favourite Nubian-Egyptian and his pet goat Rashida! There could be nothing more wondrous than watching Bakar reruns over a plate of taameya. Nothing.

Before there was Ramez Galal, Egyptian TV's original prankster was Hussein Imam, who used to prank our nation's most famous celebrities - except in a fun, comedic way, not in a you're-about-to-die-a-fiery-death kind of way à la Ramez Galal.

Egypt's most famous cross-dresser Ibrahim Nasr and his hidden camera antics are possibly our favourite thing about the 90s, except for The Backstreet Boys.

Ahh everyone's favourite polygamist. This show was a hit back in the early 2000s and we really hope we get to re-watch all the dysfunctional family dynamics.

Given this year's remake, we totally need to re-watch the original so we know all those crazy back stories.

Remember that time Magdy Abdel Ghani scored the one and only World Cup goal Egypt has ever scored (except in 1934 but none of us were alive back then so it doesn't count)? Yeah, we need to watch that glorious moment over and over again. Also, that music though.