Google just gave us an exclusive list of the top videos being watched in Egypt this Ramadan. Have you been watching? 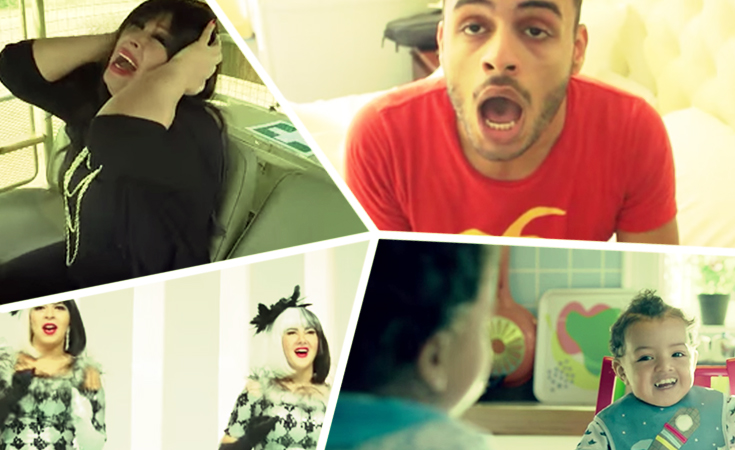 One of the best parts of Ramadan is all the crazy awesome commercials and TV shows that broadcast during the month. YouTube makes it easier than ever to rewatch your favourite piece of ridiculous Ramadan content until your eyes bleed or it's time to break your fast. This year is no different with all the hilarious advertisements, pranks shows, and dramas being uploaded to the 'Tube and racking up millions of views. We got the exclusive scoop from the folks at Google themselves about the top videos Egyptians are streaming this Ramadan. We're not particularly surprised, though.

So, this TV commercial has caused an uproar to the point where it had to be taken off the air - we don't know how it got on the air to begin with - but it's hilarious because talking babies are hilarious.

Youssif El Sherif is a regulation heartthrob and the role of a criminal fits him like a glove. Badassery is sexay!

We all love Fifi Abdo's antics and gad3ana, but seriously, Fifi, lions are felines and people are humans; how you could possibly call them 'big doggs' and 'ya listen' is beyond comprehension!

This wacky sitcom featuring two ladies with polar opposite personalities has us cracking up all over the place. The hilarious situations these two get into are pure comedic gold.

Everybody's favourite commercial this year – and arguably the most expensive TV advert ever made, but who doesn't like to see millionaires dancing and prancing on television?

The Torture of Fasting In Ramadan - Shady Srour

The struggle is real; fasting is excruciating! We can relate to this because they get it, but you also feel the pang of guilt bitching about fasting when some people spend their entire lives fasting - and not by choice!

Ahmed Shokeiry is the craftiest Muslim proselytiser out there, we can feel him slowly converting us!

Science is probably not the first that comes to mind when you think of television, but Sadma combines entertainment and behavioural science by conducting social experiments on camera and it's hilarious to see how helpless and confused humanity is.