From selling tissues on the stairs of Cairo University's metro station to launching his first exhibition, this little Picasso has a bright future ahead of him. 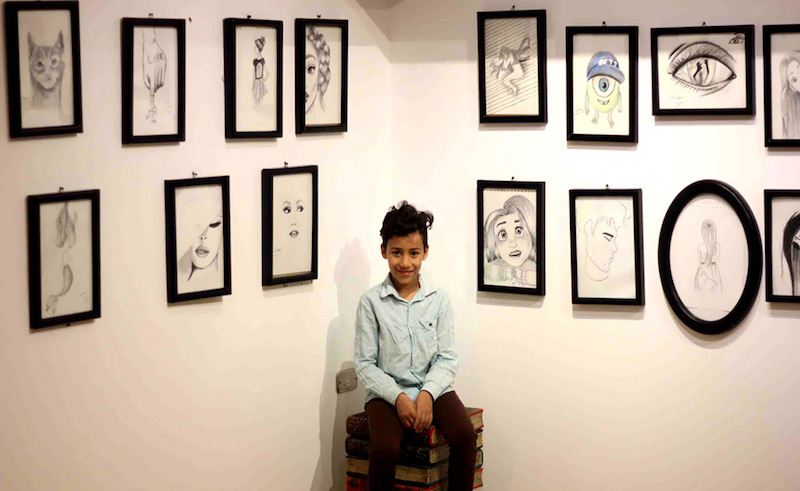 10-year-old Moaz’s story is as sweet as it is inspiring. The little boy spent his days on the steps of Cairo University’s metro station, selling tissues with his elderly grandmother, but his time there was not wasted. Moaz would sit beside his grandmother, observing the faces around him and carefully drawing them. University students on their way to and from classes began documenting Moaz’s art, posting it to social media and dubbing him the 'Metro Artist'.

Egyptian artist Ali El Rawi took note of Moaz’s talent, and decided to nurture it. One year after being taken under El Rawi’s wing, Moaz’s artistic ability has drastically developed, and the talented young artist even held his first exhibition showcasing his artwork, reports MBC. Judging by these pieces, we can see a bright future ahead of Moaz.