These painfully backwards views from men about women's bodies and the horrific practice that is FGM were published on a Facebook page asking people what they thought of the procedure. 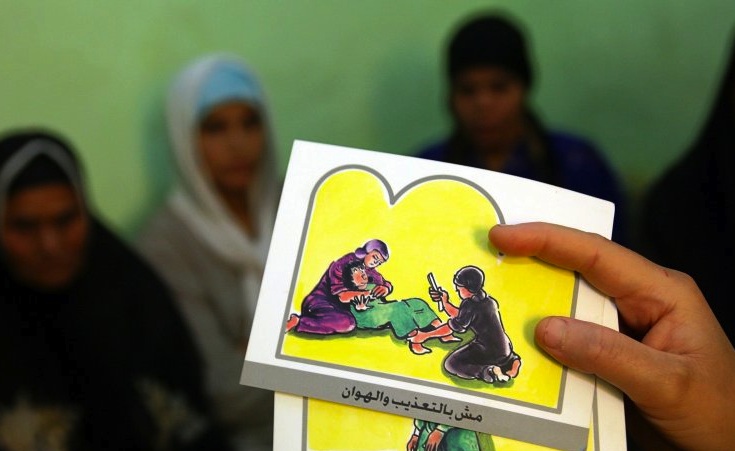 You'd think a practice like FGM, which is fueled by myths and ignorance about the female body, and scars girls physically and psychologically for life, should not even be disputed or negotiated – it's literally a crime. We don't ask people what they think of murder or rape. But for some reason, according to the Facebook page Her Voice, an unnamed Facebook page asked people about their opinions on FGM. These answers – from as long as two years ago, up until yesterday – will shock you, or maybe not.

This guy says if you don't want to circumcise your daughter, that's fine. But don't go crying about it when she's a teenager having premarital sex and getting pregnant. This guy questions everyone's moral intentions by asking: "do you just want us to have them whoring around more than they already are?"

According to this user, the procedure saves girls from this society we live in – the society that lacks religion and morals.

This man claims that we can't be going around acting like the West, and that circumcision equals chastity and cleanliness.

This man is not entirely sure, but he compares it to male circumcision, and the concept of taking away extra pieces that can cause harm if they're left on the body.

This one says FGM is for the benefit of the girl.

According to this diplomat, this extra piece of skin just makes the whole area too uncomfortably ugly.

This one quotes the Prophet Muhammad first, then refers to women who have been through FGM back in the day, who are happily married, according to his observations.

This is actually a woman. Long post short, she says FGM honours women. That's all.

These two guys basically gave themselves the right to say girls are walking around hungry for sex.