Previous Post
#YaMama: The Importance of Pants
Next Post
Al Ahly Outshines Salah In The Game of the Year

Ramadan's coming; grab your konafa bel eshta and munch on it while watching some of this year's exciting mosalsalaat. 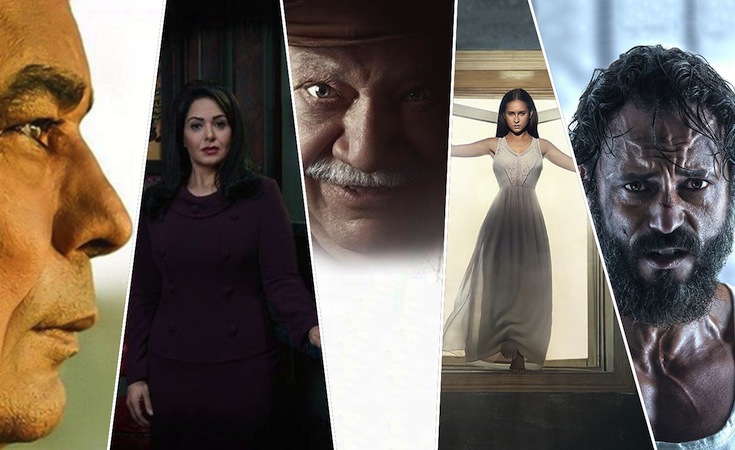 Somewhere beyond the fasting, iftar with the family, and the religious aspects of Ramadan are nights full of grabbing a plate, creating a mountain of food (or basboosa), and staring at the TV for hours watching different shows and series. It's one of things we look forward to most about the season, but with countless different shows it's hard to keep up! So, how do you know which ones to follow? We’ve listed the top 25 shows you wouldn’t want to miss this Ramadan. After all, what are you going to discuss at family gatherings if not the series you watch? You’ll just sit there awkwardly…in silence.

Starring Adel Imam, Mostafa Fahmi, Tamer Hagras, and several others, Mamoun We Shoraka is a drama/comedy series about a stingy father whose kids leave him and years later they discover that he’s a millionaire. Comedy works its way throughout the series as they try several attempts to find his hidden money; plus, with Adel Imam as the elad role, it's bound to be a side-splitter.

Starring our favourite May Ezz El Din and Hassan Hosny, this dramatic series spotlights the theme of choices – whether it’s about choosing a significant other or a job, or even friendships.

The storyline is based on a woman (Nelly Karim) who has several psychological disorders and is accused of killing her husband and sister after a pistol is found by the police. After her arrest, the court decides to send her to a clinic where she can be treated. However, within the clinic numerous problems occur that reveal several aspects about the truth of her husband and sister’s death.

The storyline is based on a man who possesses unusual capabilities and partakes in an Islamic extremist group that constructs terrorist operations. He soon becomes the leader of this group; however, he gets arrested and later escapes jail to find that he’s the only survivor. The series stars Youssef el Sherif, Edward, and Khaled Zaky, among others.

Being a con artist and specialising in fraud, the protagonist of the series – played by legendary Mahmoud Abdelaziz – tries to escape the authorities. Taking part in several events, his actions allow the government to announce a huge reward for his capture, which leads the entire country to hunt him down. Mervat Amin and Farouk El Feshawi star alongside Abdelaziz in this series.

The plot revolves around a woman named Rahma – a role played by Yusra – who appears to have psychological disorders that allow her to appear innocent and harmless, when in reality she seeks the destruction of others.

Your favourite childhood series, Bakkar, is back – and yes, he still has his goat following him around.

The series’ storyline is based on a woman who works at the same publishing house as her husband. Problems rise when she and her husband have a difference in opinion about the country’s political situation after the 25th of January revolution, showing what an average married Egyptian couple can go through. Dalia Buhairi and Samir Ghanem in one show? Yes, were definitely watching that.

For the Mounir fans, this series is mostly a documentary about Mounir’s life, songs, inspirations, career, and basically anything else you might want to know (without having to stalk him online). Lucky you, you will be blessed with his presence on screen acting as himself.

The show we’ve all been waiting for is finally around the corner! Every time he has a different plan cooked up, and this time around, he traps people in a burning building. He’s got guts, doesn’t he? We won’t tell you any more details; you’ll have to wait and see what Ramez Galal is up to for yourself.

The Egyptianised version of Ugly Betty is hitting the screens with another season; finally the wait is over!

Mostafa Shaaban has taken the role of a wealthy businessman and father; however, the climax hits when he gets into trouble with the wrong people. *Dramatic music in the background* The series builds suspense when his children are abducted and the protagonist marries belly dancer Safinaz. We're not used to seeing Shaaban in paternal roles, so this should be interesting.

Based on the title, we thought Nelly and Sherihan was going to be about something completely different. This comedy is about a girl named Nelly who seeks to find her uncle’s daughter, Sherihan, to decode her father’s will. The series stars the hilarious and talented Donia and Amy Samir Ghanem.

The storyline is based on Superman coming to Egypt only to find himself falling for a woman he meets in Haram Street. After his departure, he later notices that she’s pregnant and decides to dump the child in front of a shelter; that’s when the real drama begins. We’re intrigued, especially with Yousra El Lozy, Shereen Adel, and Entesar headlining this one.

The plotline of the series portrays the marriage of an Egyptian couple (Hisham Selim and Latifa) who face several problems until the wife asks for a divorce.

Starring Ghada Adel, Nahed El Seba'y, Sherine Redda, and Amira el Aydi, this series is set around the world of crime and law. Al Mizan (The Scale) is about the balance between right and wrong in a legal context.

Shehadit Melad (Birth Certificate) is bringing to screen a contemporary portrayal of the various life struggles that have recently emerged and been highlighted in Egypt. This Ramadan series stars Tarek Lotfy, Salah Abdullah, Engy Al Mokkadem, and Dareen Hamza.

This Ramadan series stars the great Yehia el Fakharani in a plot that revolves around the daily struggles we face in a family context.

Set in Upper Egypt, this series puts the spotlight on various corruption-related issues the area faces. The protagonist, embodied by Amr Saad, fights to discover the truth and fight the wrong in this in-depth portrayal of an existing problem.

An innocent and helpless hotel employee is murdered in a high-end hotel that only hosts businessmen and the social elite. The murder remains a mystery as her brother battles through thick and thin to find the truth. Headlining the series: Tamer Habib.

Some of our favourite comedians in Egypt from Masra7 Masr (previously Tiatro Masr) come together again in one comedy series about the daily struggles of a citizen in Egypt. Their consistent attempts to get out of trouble somehow always fail, leaving them in the desperate yet comedic phase they had started out with.

Based on one of Naguib Mahfouz's novels, the story is a thrilling tragedy that is set back in the 70s in the secret world of theatre: behind the stage. The actors and actresses come to perform only to discover that the script is, in fact, their real lives. The scriptwriter makes them relive moments of their past they thought were safely forgotten. As if the storyline wasn't gripping enough, bringing the tale to life are Mona Zaki, Sayed Ragab, and Sawsan Badr, among others.

iA police officer arrests a man of high stature in the political world because he murdered a woman. The man was hence executed and the police officer retired, only to discover that the woman was still alive; he now becomes the hunted.

A girl originating from a lower class society lives a daily struggle because of her origins, having to deal with various class related-conflicts in this Ramadan series that rounds up Egypt's 'Madonnas' – Dina, Zeina, and Boussy.

It's been a long time since we've seen this crew come together for one of the longest-running Ramadan series, kind of. Reuniting Elham Shaheen, Hisham Selim, Alaa Morsy, Safeya El Omry, Samira Abdel Aziz, and Sameh El-Sereety, this season follows the crew through the complications of everyday life after the January 25th revolution – plus their own endless drama. 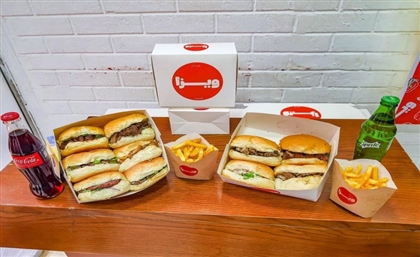