7 Underrated Museums in Cairo That Deserve Our Attention

From the alleys of Sayida Zainab to the mansions on the banks of the Nile; these are 7 of the most underrated museums in Egypt. 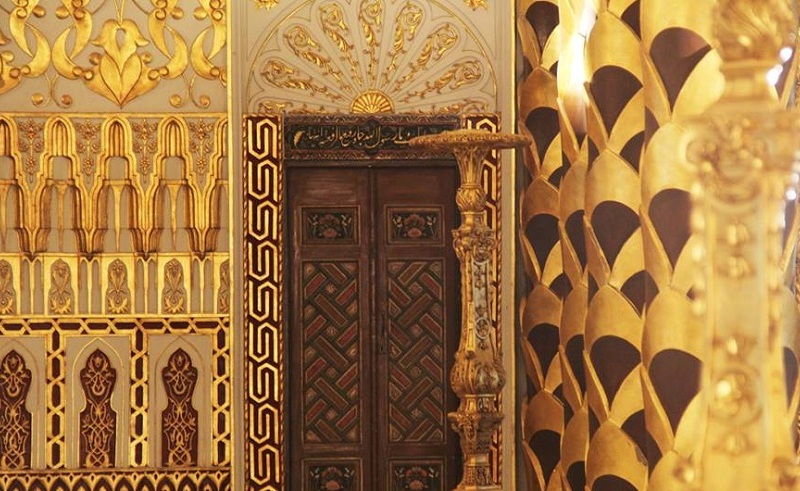 How many times has it happened to you that - while commuting through Cairo - you glimpse at a rusty sign with some museum name you've never heard of before? Deny it as you may, but our buzzing metropolis is stacked with endless historical gems from the tiniest of alleys to the fanciest of districts. And since our memory falls short of remembering anything other than the Grand Egyptian Museum, we did some research and compiled these 7 underrated museums that also deserve our attention: Following instructions from Khedive Ismail, the Egyptian Geological Museum was inaugurated in 1901 to be the first of its kind in the Middle East and Africa. Originally located in Downtown Cairo, the museum's building was demolished in 1982 to make way for Cairo's metro, after which it was relocated to its current building in Maadi. The museum, which contains fossils of extinct animals and meteorites that age back up to 5000 years, houses remains of dinosaurs that occupied pre-historic Egypt and comes fully equipped with its own petrology and paleontology laboratories. Steps away from the iconic Ibn Taulun Mosque in Sayida Zeinab lies this unearthed historical gem. Baring the name of a British soldier who later became an Egyptologist, Gayer-Anderson, the museum serves as an authentic and well-preserved example of 17th century domestic architecture in Egypt. In 1935, Gayer-Anderson Pacha was granted permission to reside in the already-historical Bayt al-Kritliyya, after which he worked on collecting antiques from all over Egypt to display at his new home, which later became known as the Gayer-Anderson Museum. The museum's collection of ancient furniture, carpets and domestic objects continues to constitute a valuable insight into the accommodation and lifestyles of 17th century Cairo. The ottoman-era palace, which is located on the island of Rhoda in the southern Manial district, was built by King Farouk's uncle Prince Mohamed Ali Tewfik over a period extending for thirty years ending in 1929. The prince, who was the heir presumptive of Egypt and Sudan's throne until 1952, had the palace designed by integrating traditional Islamic architecture with modern European Art Nouveau and Rocco; making it a unique and distinguished architectural masterpiece. With its own Hunting Lodge Museum, historical Persian-style gardens, forested nature park, and Prince Tewfik's vast collection of antiquities preserved in the palace, it is widely regarded as one of Cairo's most significant art and history museums. Born in 1891 Mahala to the town's mayor, Mahmoud Mokhtar spent his childhood gallivanting in the village and  making shapes out of mud by the banks of the Nile. Aged 11, Mokhtar moved to Cairo to pursue proper education. It wasn't long before his teachers started noticing his remarkable artistic talents, prompting the school's headmaster, Prince Youssef Kamal, to send young Mukhtar to Paris to further sharpen his skills. From there on, Mokhtar embarked on a unique artistic journey that turned him into Egypt's most respected and renowned sculpturer. Almost two decades after his death, Mohamed Mokhtar museum was inaugurated in the upscale district of El Gezira. The museum has within its walls tens of pieces of Mokhtar's finest creations, forever immortalising the memory of one of Egypt's finest 20th century artists. The prestigious Dokki-located museum is one of the world's first ever agriculture museums. With construction taking off in 1930, then ruler of Egypt King Fouad I was seeking to preserve Egypt's unique history of agricultural development since the time of the pharaohs. In addition to a jaw-dropping collection of rare plants, some of which are extinct, the museum also possesses ancient agriculture tools dating back to over 15 thousand years ago.  The vast museum is made up of  8 smaller museums, namely the museum of Ancient Egyptian agriculture, museum of scientific models, museum of plant wealth, Syria museum, the Greek, Roman, Coptic, and Islamic museum, and the cotton museum. The same villa in which the iconic novelist Taha Hussein crafted some of his finest literary masterpieces lies Taha Hussein Museum, which was established shortly after Hussein's death to preserve his legacy and astonishing book collections, which amounts to almost seven thousand books in multiple languages. The villa, located in Haram district, still has the same furniture and structure as when the 14-time-Nobel nominee departed life in 1973. The ultimate golden-age diva, Umm Kalthoum is one of the 20th century's most influential figures in Egypt. With extraordinary vocal abilities, a unique persona and distinguished sense of style, the singing legend gained massive popularity throughout the region and the world since mid-20th century until today, solidifying that with a staggering 80-million sold records worldwide. Two decades after her passing, a museum containing her belongings, ranging from dresses, accessories (including her iconic handkerchief), and the vast collection of decorations she possessed. The museum lies within the wider complex of the Manasterly Palace - a historical 19th century palace which remains the scene of special cultural and artistic happenings.