What have our ancestors been keeping away from us all those years? Zahi Hawass is ready to reveal all the secrets. 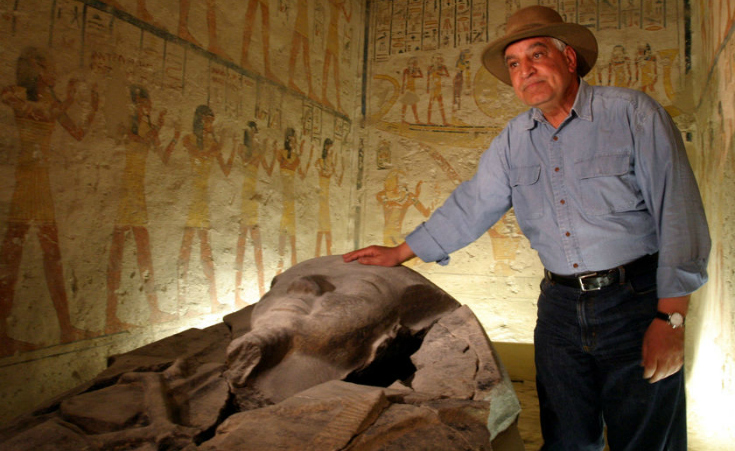 We've been hearing about Ancient Egypt for...about 7000 years now? It starts to get tiring when it's stuff we've heard about or can just look up online. But when former Minister of State for Antiquities Affairs, Zahi Hawass – one of the world's most infamous archeologists and Egyptologists – steps on the scene in a TV docuseries, you know he has something new up his sleeve. The first season of The Secrets' Revealer – 16 episodes and 52 minutes each episode – is set to be aired on Al Ghad Al Araby TV. Check out the promo (and peep the Indiana Jones look):

Hawass discussed a few reasons behind his new series in a press conference we attended in September. Beyond elevating tourism by revealing the plethora of secrets of the ancient Egyptian world, to be able to maintain and preserve our heritage and culture we need to be educated about it and know its true value. However, the way he intends to do that is by revealing the connection that exists between us and our ancestors. The series will be covering the 'unknown heroes' of the ancient world that we've never heard of.

Each episode will draw on the influence that the ancient world has on our contemporary life. We know that some things must have been passed down, but do we know which ones? He's going to be conveying it all, from music, visual arts, fashion, makeup, to food. We figure Hawass' input will definitely change the way we look at aspects of our lives and grow to appreciate our ancestors on a more personal level.