9 Movies You Can't Miss This Eid

Most people foolishly go to the beach for Eid, never ever setting their eyes on the silver screen for the full three days. Only those who are true and loyal to the great traditions of Eid el-Fitr make the trip to the multiplex. 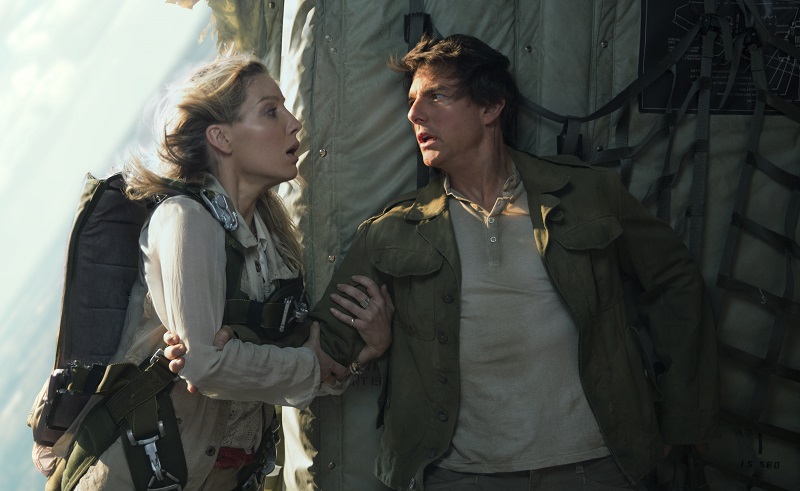 Every year, Egypt goes on an extreme diet of no movies and no open cinemas for the month of Ramadan. We’re not sure why. Last we checked, movies have zero carbs, zero fat, zero sugar, almost no cholesterol, and absolutely no calories, yet they are absolutely delicious. So why the movie abstinence in Ramadan?

Well, there is one upside. After the month-long movie famine, movie theatres across the country open their doors again and Egypt embarks on a gluttonous binge, devouring a feast of films to make up for those four weeks in the wilderness of entertainment obscurity. Most people foolishly go to the beach for Eid, never ever setting their eyes on the silver screen for the full three days. Only those who are true and loyal to the great traditions of Eid el-Fitr make the trip to the multiplex. Have a look below and see what you will most certainly be eating popcorn to this holiday.

Gru (Steve Carell) returns in the third instalment of the Despicable Me franchise, bringing another hearty dose of silliness and bellowing laughter to both children and adults alike. Scoring 89% on Rotten Tomatoes, the animated film will certainly guarantee an enjoyable night out.

Pirates of the Caribbean: Dead Men Tell No Tales

Johnny Depp returns as Jack Sparrow in the fifth instalment of the franchise, which continues to dabble in the pharmaceutical industry’s most hardcore steroids. It promises even more convoluted plots, a mile-long scroll of characters, and more loud bangs and high-octane thunder busting action. Scoring a 'rotten' rating of 29% on Rotten Tomatoes, yet achieving an audience score of 68% (just sort of cheeky), this will prove to be a brainlessly entertaining 129 minutes of high-budget drivel.

Obviously, we’re all going to be excited to watch a Tom Cruise-starring Egypt-related movie which, of course, was not filmed in Egypt. Not a single minute. It will still be enjoyed by all the Egyptophiles and Pharaonist nationalists who believe we all ought to be speaking in hieroglyphs again. Garnering a sweet 16% on Rotten Tomatoes, we’re wandering if it’s a Scientology propaganda movie. Let’s at least hope the evil Lord Xenu won’t be making an appearance.

Watching this trailer, one fails to resist imagining Pablo Francisco doing his sketch of the movie commercial guy narrating the story of one man, Ahmed ElSaqqa, and his one deesiiirrre to clear his name after being suspected of killing a businessman’s son. It looks like a serious Egyptian version of Wrongfully Accused (1998), which was a satirical version of The Fugitive (1993). ElSaqqa plays a rough-round-the-edges world-weary version of Leslie Nielsen who was playing an idiotic buffoonish version of Harrison Ford. The trailer is packed with wanton action scenes which look like derivatives of what Hollywood has already done for decades. Most people will go and watch it. It’s a Sobky movie, after all. Surprisingly no belly dancers, though.

Yet another one from Sobky - he doesn’t waste any time, does he? Despite currently doing his military service, Mohamed Ramadan somehow managed to find the time to do another fiery explosive blockbuster. In this picture, he plays the same typically shinf character, except this time, he’s a terrorist shinf, shooting, punching, and kicking through lots of fire and explosions. This one will certainly satisfy those who thoroughly relish bro action, with heavy doses of fire and explosions added in for good measure. Mohamed Ramadan won’t fail to deliver a lot of spunk in this one, that’s for sure. Expect a full house all day and all week when going to buy tickets, and a lot of fire and explosions too. No belly dancers in this one either.

This Eid is not going light at all on big, buff, brawly, and burly men in uniform blowing away lots of goons and other sorts of bad guys. This pump-action flick stars Ahmed Ezz as a special forces officer in the Central Security Forces. The trailer is quite short and ambiguous on what the plot may be about. The word 'teaser' in the title might be a hint to that. Not much is offered beyond gun fights, armoured car patrols, big bangs, and shouting angry men. It is certainly the least ostentatious trailer of the three big shoot-em-ups being released this Eid.

Tamer Hosny stars in what appears to be, something rare in the Egyptian film industry, a sci-fi flick. It's also, thanks to some silliness and rather dubious acting, a sci-fi comedy; something even rarer. The jury is still out on whether it will prove to have any originality. The trailer seems to show a TV presenter introducing a new kind of show; one in which a volunteer (Tamer Hosny) opts to wear a device which flings him into a virtual reality (very original indeed). One cannot help but think about Einstein's theory of relativity when watching the apparently slapstick moments in this trailer. It will certainly challenge any of your long-held beliefs on what should be considered funny in this universe. If you're a 90s kid who had an inch of a childhood, you'll recognise the music from The Mask's (1994) dancing scene between Jim Carrey and Cameron Diaz - can't get any more original than that! The trailer then finishes off with a standard showing of misogyny and violence against women, where Tamer Hosny smacks two women across the face (an unprecedented level of originality). We urge you to go watch this one strictly for anthropological purposes.

Translated literally into English word for word, this movie's title is 'Antar, the son of the son of the son of the son of Shaddad'. While reading it out loud in Arabic, you would be forgiven for making the Freudian slip of saying 'the son of the son of the son of the son of 60 dogs'. Mohamed Heneidi, who has travelled light years since his brilliant hey-days in the 90s and the early 2000s, stars in a new comedy which features the following: Arabs in paper-costumes caravanning through the desert in what seems to be ancient or medieval times, cardboard fortresses with hand-drawn stone masonry, fake beards and moustaches, modern-day Cairo, cops carrying shotguns, seemingly medieval-looking Arabs wielding AK-47s and swords shouting Allahu Akbar in the desert, armoured vehicles, Captain Jack Sparrow, and an eye-patch wearing hairless bad guy with a tattooed crown. Not much can be gathered on the plot by watching this trailer, although quantum physics may offer us a good guess. There is a theory in quantum mechanics known as Schrödinger's Cat, which suggests that different quantum realities and timelines all exist and take place simultaneously within the same space-time continuum. Or something like that. Perhaps Heneidi's latest offering is an exploration of this theory, and a depiction of what might become of humanity if these realities were to collide. See for yourself and find out.

From the writer and the director who brought you the critically-acclaimed Blue Elephant, this Eid’s most highly anticipated cinematic spectacle is set to have multiplexes across the country bursting at the seams. Starring Khaled El Sawy, Maged El Kedwany, and Menna Shalaby, El Asliyeen’s mysterious trailer is leaving us drooling to go see it. The ambiguity of the plot, the felicity of the dialogue, and the surrealism of the cinematography can’t make us any more excited. Go watch this one at any cost. Break the doors down if you have to.