9 of the Best Ramadan Commercials of 2016

Ramadan is our very own Super Bowl halftime; spots get pricier, commercial breaks get longer and before you know it, you have lost yourself in the advert's plot and forgotten all about the mosalsal! So here are some of our favourite Ramadan TV adverts this year! 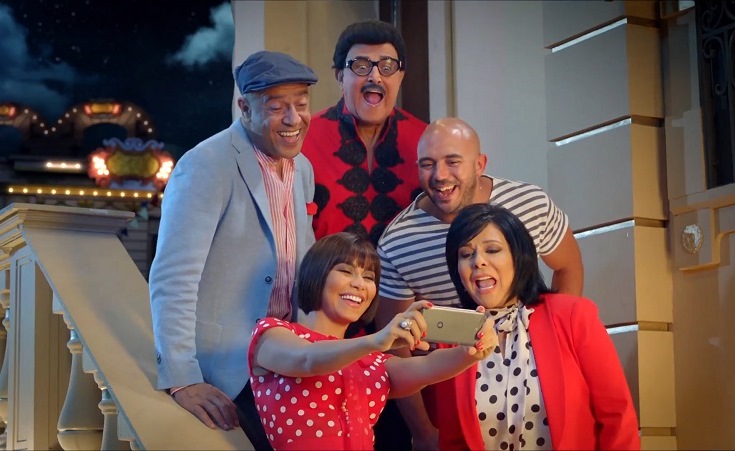 Vodafone's 3eila kibeera commercial is everyone's favourite across the nation, because deep down, beneath all the hurtful remarks about your weight and your choices, overcooked steak and soggy spaghetti, we all love our families! Also, every Arab celebrity in the history of ever is featured in this ad so that doesn't hurt either.

So Juhayna angered a lot of folks with their nipple referencing in their infamous dondo commercial - they even managed to get themselves taken off the airwaves - but they definitely won us over with this one because there isn't a single Egyptian who wasn't discombobulated by the exotic sounding word of karkadeh. Also, speaking babies. That is all.

There is a reason why 'funny animal videos' tops our Youtube search. Animated funny animals are our favourite thing in the world and now they have come to our television screens. Joy! Animal rights advocates, however, we were a bit offended because cows are totally capable of operating and repairing heavy machinery.

Again, cows are perfectly capable of office and clerical work, but this definitely had us laughing in stitches. Also, anyone with a lisp is a natural born comedian.

Okay, so this is obviously a jab at Cottonil, and if it wasn't so damn funny we'd tell Dice to play nice, but it is so 10 points to Dice!

Egyptian Arsenal footballer Mohamed El Neny's story is a modern-day fairy tale of success against all odds, a true Cinderella story that will continue to inspire generations to come and Etisalat's Ramadan ad is a beautiful reminder of that.

We have all had our euuh..what? moments watching football games and listening to live commentary by Egyptian commentators who make a huge fuss about everything even misses! Well Royal ceramics' Ramadan advert is bringing over the top back! Also, every single time that guy's cheeks wobble in slo-mo, it is glorious.

This reminds us of that one time King Salman of Saudi shut down a beach in South of France and had the authorities build him a lift to the beach - we totally get the struggle now. Also, props to Mousa Coast for wanting to treat everyone like Saudi royalty.

A good cause. Every celebrity under the sun. What more do you need? Obviously the entire nation is buzzing about this newly released Ramadan ad. Side note: there was a Facebook post that said 'We'd like to thank Magdy Yacoub for making Nelly Karim smile for the first (and likely only) time this Ramadan'. That's a whole other reason to love the ad.