Alexandra Kinias' 'Women Of Egypt' and the Virtues of Digital Activism

CairoScene writer Niveen Ghoneim finds out how and why Egyptian-born screenplay writer, novelist, and photographer Alexandra Kinias took her fight for equality to the Internet. And won. 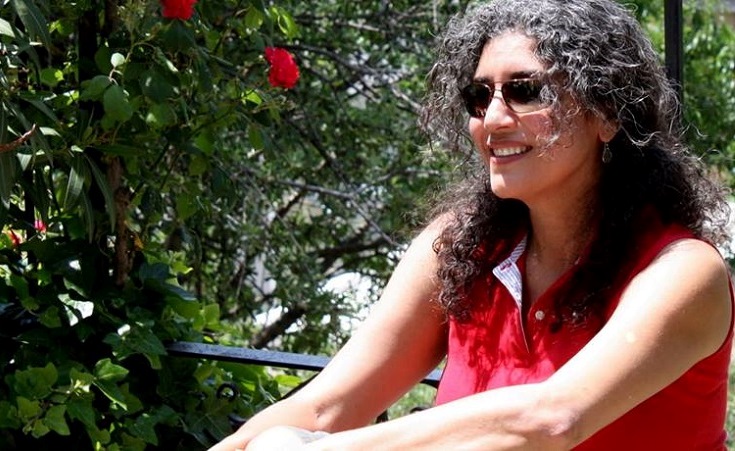 Being a woman in Egypt is no easy feat; every day is a battle and every night is a brief respite before you have to do it all over again the next morning. On top of everything the general populace has to endure – from political oppression to grinding poverty – Egyptian women have to suffer the added bane of being women in male-dominated societies, where their problems are dismissed as secondary.

Alexandra Kinias is all too familiar with the struggle. Don’t let her Western name fool you, Kinias was born and raised in Egypt, where being a woman is a heavy cross to bear. One she bore all the way to Scottsdale, Arizona where she now lives with her husband. Having earned a degree in mechanical engineering in 1987, her future seemed set in stone, but Kinias is not one to settle for a colourless life. Her career as a mechanical engineer took her to the United States in 1995. And while slipping into apathy is a common symptom of first world comfort, Kinias remained true to her roots, carrying with her this sense of indignation we Egyptians usually carry around.

In 2009, she was offered the opportunity to paint a picture of Egyptian society through her own eyes when she was approached by Egyptian-American filmmaker Hisham Issawi to co-write the screenplay for Cairo Exit. The feature film, which was released in 2010, received international acclaim upon screening in the Dubai Film Festival, Tribeca Film Festival, Toronto International Film Festival, and Festival Cinéma Arabe in the Netherlands, and scooped the best non-European Film award at the Independent European Film Festival.

Cairo Exit has been shown everywhere across the globe – that is, everywhere except Egypt, where the film was banned for its controversial subject matter: interfaith romance. “Shooting preparations froze as the censorship bureau denied approving the screenplay on the basis that the religious faith of the young woman should be changed to Islam,” Kinias explains. “The interfaith relationship between the characters became the major obstacle to produce the movie.”

The film follows the story of a working-class couple, a Muslim man and a Christian woman whose bond is their only solace in a seemingly endless struggle to make ends meet and eventually have to leave the country in order for their love to survive. This haunting and poignant romance almost went untold, but Cairo Exit was shot guerrilla style after being denied filming permits by the country’s censorship authority. As unruly as guerrilla filmmaking may sound, it did get the message across: censorship is not feasible because people will always find ways to express themselves. Having witnessed the power of self-obtained artistic freedom first hand, Kinias employed the method to serve a cause she has always held dear: women’s rights.

Inspired by her own experience as an Egyptian woman, she self-published her first novel, Black Tulips, which tells the story of four Egyptian women who each come from different backgrounds and social classes, yet find themselves one and the same in their struggle against patriarchy in Egyptian society. Black Tulips was only made possible due to the wonder that is the world’s first and only truly democratic medium: the Internet.

This do-it-yourself approach is now Kinias’ very own modus operandi and her subsequent endeavours are no less autonomous. Her most recent project has been Women of Egypt (WOE), a Facebook page that features the stories of successful Egyptian women from historical figures such as Huda Shaarawi to little-known Cinderella stories. As simple as the concept may sound, WOE has managed to engage users and spread the message in ways no pamphlet ever could! “Frankly, the growth of WOE in such a short period of time was unexpected. […] The page serves its purpose since digital advocacy is as effective as real one. It was created to fight for women’s equality, empowerment, and rights, and through Facebook, the message travels fast and the page receives feedback instantly,” Kinias says. “I can confidently say that the page is making a difference in the lives of many. I read comments from fathers wishing for their daughters to become pilots or Olympic champions. A school teacher asked permission to print the material for her class to teach her students about the amazing women who fought and are fighting for women’s rights. Last but not least, a ‘thank you’ note received from Huda Sharawi’s granddaughter!”

There is a reason why governments across the world are striving to ‘regulate’ (read: censor) the Internet, because the World Wide Web is no man’s land, but rather everyman’s. Terrorists and liberators are allotted the same exposure and only individual free will determine the outcome; you are free to be an idiot or a bigot and you are equally free to derive well-informed conclusions. Freedom of expression through digital activism may seem far-fetched, but it is already happening; political movements have been run from behind computer screens, and dictators have been unseated through social media.

Check out Kinias' Women of Egypt endeavour on Facebook.