Ana Hunna: Turning Back the Clock on Gender Inequality One Film at A Time

Ana Hunna is an initiative to promote gender equality in the Middle East and North Africa's economies through awareness campaigns, female mentoring, and the art of film. 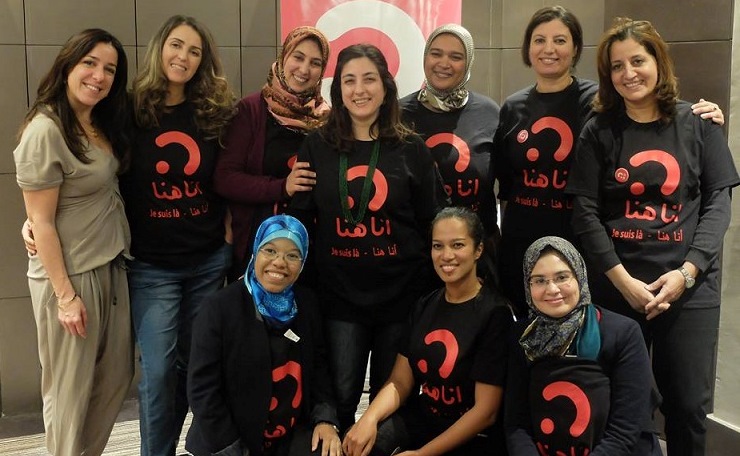 A 2013 poll concluded that Egypt ranks the worst for women’s rights among all Arab countries. Be that as it may, the erosion of Egyptian women’s rights began under President Anwar Sadat; it was all downhill from there. The former leader’s reforms repealed Nasser-era labour laws by which maternity leave was legally protected; instead, women were encouraged to leave their jobs during pregnancy. According to an International Journal of Middle East Studies paper by Mervat Hatem, PhD, female unemployment went from 5.8 per cent in 1960 to 40.7 per cent in 1968. Today, women find themselves trying to turn back the clock to when they were fully participating members of society, enjoying equal rights as their male counterparts.

Ana Hunna is a regional initiative to empower women and promote women’s economic rights across the Middle East and North Africa by promoting economic growth and creating equal employment opportunities for men and women. It is carried out by a network of semi and non-governmental organisations based in Egypt, Jordan, Tunisia, and Morocco.

The initiative realises said objectives by raising awareness about and shedding light on women’s issues. And, because the closest thing one could get to walking in someone else’s shoes is watching a movie, the men and women behind the campaign consciously and aptly chose nine short films to convey what it is like to be a woman in this part of the world. Made by filmmakers from across the Middle East and Africa, the films tell stories of courageous women who challenge the existing stereotypes and prejudices about working women. This was a tactic they adopted between September 2013 and April 2014; the films were screened more than 300 times in universities, community centres, family homes, film festival, etc., in Egypt, Jordan, Morocco, Tunisia and beyond. Even though the campaign ended, partner organisations continue to hold screenings.

One of the initiatives' partners here is Egypt is Noon Creative enterprise, a local performing arts company that works to "provide the tool for the active participation of rights holders to develop the necessary skills and capacity to advocate for their rights." Noon sparks conversations about gender equality and women's economic rights the only way they know how to, "we came on board to help create a toolkit of games and exercises to widen the media content's scope," Co-Founder and Artistic Director Nada Sabet explained. "They're divided by age group and they encompass a variety of activities, like for instance imaging a different ending and reenacting scenes from the films."

Another one of the initiative’s tools is what they like to call ‘Female Mentoring’, where experienced and well-seasoned female professionals and academics help young women from all walks of life realise their potential by giving them the advice and mentoring they require.

In a country struggling to get the economy back on its feet, female unemployment can make a world of difference. Countless studies have already determined that the full participation of women in Egypt's economy is key to its recovery; why are we still not doing anything about it?