The Egyptian art platform, Art D’Egypte, is bringing artists from all across the world to display their pieces amid Egypt’s storied heritage at the Great Pyramids of Giza in 2021. 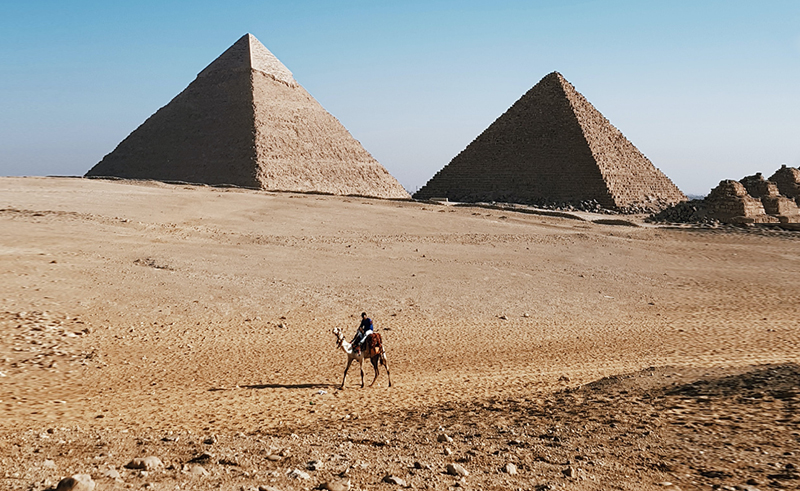 They’re pinnacles of Ancient Egyptian civilisation, they're stepping stones in architecture, they were even the backdrop to an Armin van Buuren concert, and now? They’re the grounds for Egyptian contemporary art’s biggest blowout yet.

Art D’Egypte has announced that the Pyramids of Giza will be the landmark location of their fourth annual edition, titled ‘Forever is Now’. After bringing their distinguished event to some of Egypt’s most illustrious historical settings - such as Al Mu’iz Street, Al Manial Palace and the Egyptian Museum – the Egyptian art platform will up the ante by showcasing the works of coveted Egyptian and international artists along the Giza Plateau’s trail.

The platform’s founder, Nadine Abdel Ghaffar, along with established curator and art adviser Sam Watson, are curating an unmatched event that’s set to hone in on what Art D’Egypte has always stood for: commemorating the past, and celebrating the present. This year’s artist line up was selected to embody that sentiment, and display their resonant pieces across the 4,500-year-old UNESCO World Heritage Site.

“This exhibition is a token of hope for humanity," Abdel Ghaffar told #CairoScene. "‘Forever is Now’ is inviting the global art community to take part in an unprecedented exhibition. The Pyramids are symbols of longstanding greatness, a legacy that has withstood the test of time, and continues to inspire artists to push beyond the boundaries.”