His art is sexually provocative and sometimes even a little bit sick. We've just discovered Hashem L Kelesh and we are in love (in a perverted way)... 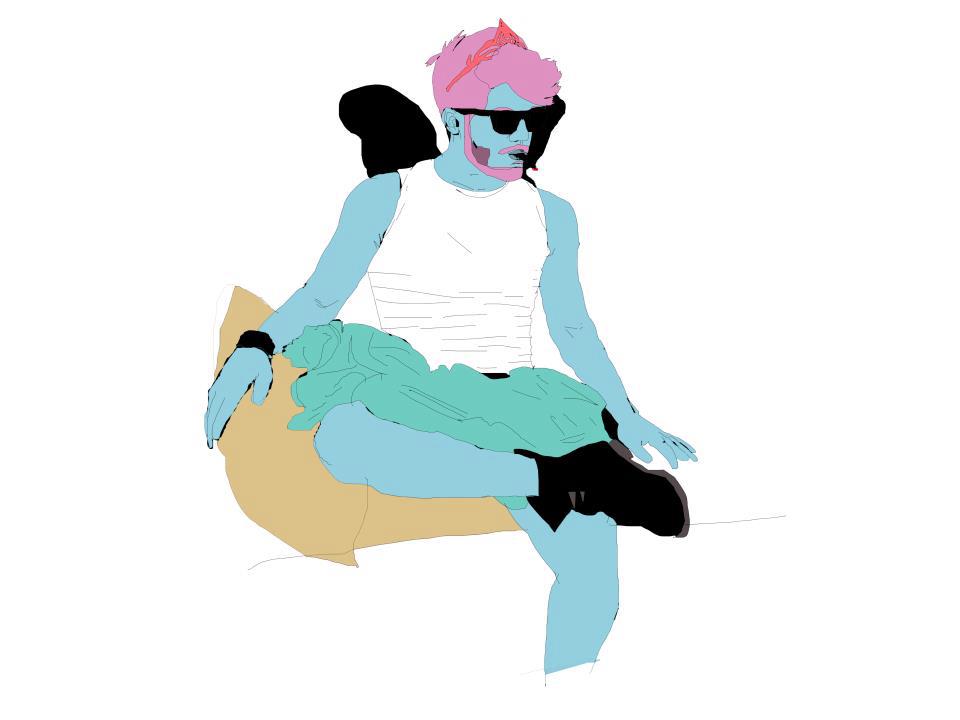 Recently, I was introduced to an artist called Hashem L Kelesh by the infamous Sad Panda. I have not met him yet but, as far as I know, he is either a figment of my imagination or just a character on Facebook.

Give us a little background on yourself and what inspires your unique art?

Well, what inspires me the most is the noise. The crowded roads and the polluted culture. I don’t really do art, I just fool around…art is boring and overrated.

If it’s not art, what would you call what you do?

It’s not art, it’s nothing. Crap. I just fool around. I sketch, take photos or make noise just for the sake of it. I feel good doing whatever I do and that’s the main concept for my stuff. Also to make fun of people sometimes.

a) A pervert
b) A realist
c) A satsuma

How do most Egyptians react to your more x-rated pieces?

I don’t really do exhibitions that often, but sometime’s I join in as a special guest. Some people like my stuff, others are shocked or feel sick. That’s fine, I don’t care much.

Do you see the art world in Egypt as a black-hole of drudgery and censorship or an interesting opportunity to shock and inspire?

I don’t really see any art scene in Egypt. It’s mainly about hustling, so thank God I'm not part of it. The art scene in Egypt is dead and if you’re not doing stuff about the revolution then they think you stink. I guess you can still shock some people in Egypt, but I’m more interested in the online art scene. Now that is the shit. It’s a new space that’s way better than the actual scene in Egypt. If you do something and the Egyptian art spaces can’t show your work or don’t like it…screw them, you can always have your space online!

What is The Room?

The room is all I have. It’s a small room, but I work there, I jam there and I sleep there. I don’t have enough money for a studio, so I fixed my bedroom to double as one. Loads of  underground artists come over all the time…we work on stuff there or just chill.

Advice for the kids?

Stop watching Cartoons, you can do that when you’re old and jobless. Do everything that your parents told you not to do because if they really knew right from wrong, they wouldn’t have had kids in this fucked up world.

Some of his more PG pieces are available for purchase here on www.greaterthanfashion.com