Covering nearly a century of history, Kanafani’s work dissects how art played a role in providing politicians with a way to create an image of a sovereign Egypt, which at the time was under British rule. 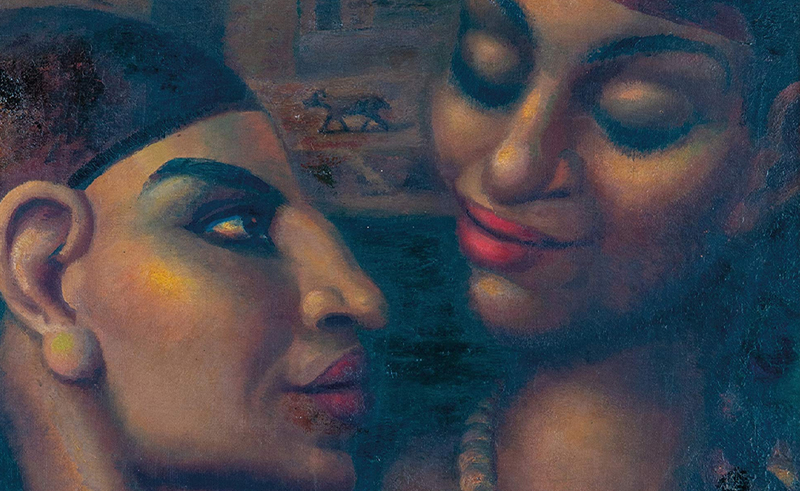 Filling the void that is present in Egyptian art history, Art Talks founder Fatenn Kanafani has just released her newest project, a book on Modernist art in Egypt. Covering nearly a century of history, Kanafani’s work dissects how art played a role in providing politicians like Islamic reformists, liberal nationalists, feminists, and pioneers with a way to create an image of a sovereign Egypt, which at the time was under British rule.

Published under the title ‘Modern Art in Egypt: Identity and Independence (1850-1936)’, the book is the culmination of seven years of research on the link between politics, social forces, and the fine arts in Egypt from the nineteenth century up until the Anglo-Egyptian Treaty for Independence.

Kanafani works to discredit the understanding that non-Western art is derivative of Western art movements, and consolidates Egypt’s presence within the Modernist school. The book will be followed by a second volume called ‘Rupture and Revolution (1936-1972)’ which will be published in March 2022.

“Through this series, my aim is to tell ‘our’ story, so that we are reminded of what Egypt was and needs to be again— a magnetic haven and a leading cultural incubator,” Kanafani writes.

The book is available for purchase at Bloomsbury, Amazon, Barnes and Noble, and other book sites.