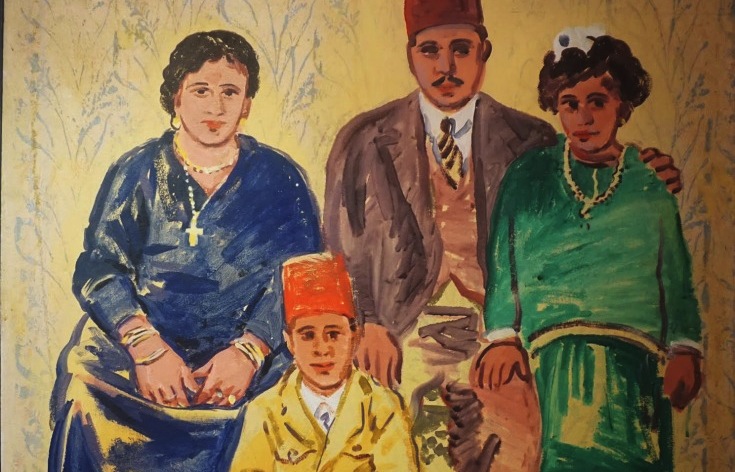 One of the most well-known scenes in Julia Roberts’ adaptation movie Eat, Pray, Love was when she was wandering about the stunning antiqueish alleys of Italy with her German friend and, as she passes a lingerie store, the sight of a nightgown draws her in. She stands to admire it and upon her friend asking her to buy it, Roberts tells her: "for whom?" The character ends up buying it for herself, feeling how it flattered her body while she makes a delicious homemade breakfast. In that little scene rests a fashion and a personal statement.

How many times did we women buy a beautiful accessory for a black ball gown or laid-back outfit of jeans and a baggy shirt? Something that screamed ‘I am a contessa’ for tonight? Something like a royal green and red precious stone Bulgari necklace? A delicate Bulgari flower ring that adds sense of bursting fashion to the laid-back look?

What most of us might not be very aware of, even though it is written all over the jewellery, is that Bulgari is not only an accessory line, but one whose designs are deeply ingrained in art. The overwhelming art and architecture of the mother country is a colourful flooding fountain of inspiration for all the stunning shiny masterpieces that give every woman the kind of majestic and royal feel almost unmatched in any other piece of a jewellery. What we might have also missed is that Bulgari’s interest in arts has made for a stunning bridge paved with gold and acrylic smudges, creating an intimate bond between visual arts and high-end jewellery. This time, Bulgari is adding another favourable dimension to their upcoming event: charity. On the 21st of May, Bulgari is collaborating with philanthropic organisation Magdi Yacoub Foundation and SafarKhan Art Gallery to bring to light Art For Life exhibition. The event will be attended by the mostly renowned Egyptian cardiothoracic, Magdi Yacoub, and will host the works of established artists such as Adel El Siwi, Mohamed Abla, Salah Abdel Kerim, Youssef Sida, and Ahmed Farid. The event, taking place at the Four Seasons First Residence First Mall’s Bulgari Boutique, will feature an auction of five masterpieces conducted by Tom Best, a former auctioneer at the historic Christie’s. All proceeds will be going towards the Magdi Yacoub Foundation in support of the health of children in need.

Laila Ahmed Farid – Marketing Manager for Bulgari and daughter of Ahmad Farid, CEO of Bulgari Egypt and a displaying artist – tells CairoScene that Bulgari Egypt believed that the Magdi Yacoub Foundation was their best option for plugging in an NGO. “We know that the foundation does not have an agenda in mind and it is related to children, and is therefore the best match due to the sensitivity of the issue,” she says, adding that the idea of the collaboration came up because artist Ahmad Farid used to donate the proceeds of his artworks to different charities. "We thought, why not donate bigger bulks to a certain organisation to create the kind of change we had in mind? We really wanted to make a difference and that, we thought, would be the best way to go about it,” she concludes.

Farid tells us that perhaps the greatest achievement for this event is being able to have Dr. Yacoub back up the event. She also adds that those who will probably be most interested in attending the event are art enthusiasts and those interested and active in charity work in Egypt. Displaying artist Mona Saied tells us that the displayed artwork has been chosen not according to their theme, but the artist and of course the quality of the artwork. “We chose the pioneers in the field who have made an impact on Egyptian visual arts. Two of the five artists, Abdel Kerim and Sida, have actually passed away but not without leaving a great artistic legacy in the country,” she says, adding that she hopes that the artwork auctioned will leave an impact not only on Egypt’s philanthropy scene but its art community as well.

It seems that the high-end exhibition will be ending with a high end note that will not only quench the thirst of passionate art-loving personalities but will be gathering enough to make some of the country’s children's lives better.

For more information, you can visit Magdi Yacoub Foundation’s page on Facebook.