The neo-noir film by Swedish-Egyptian director Tarik Saleh picks up two awards, but it's not without its critics. 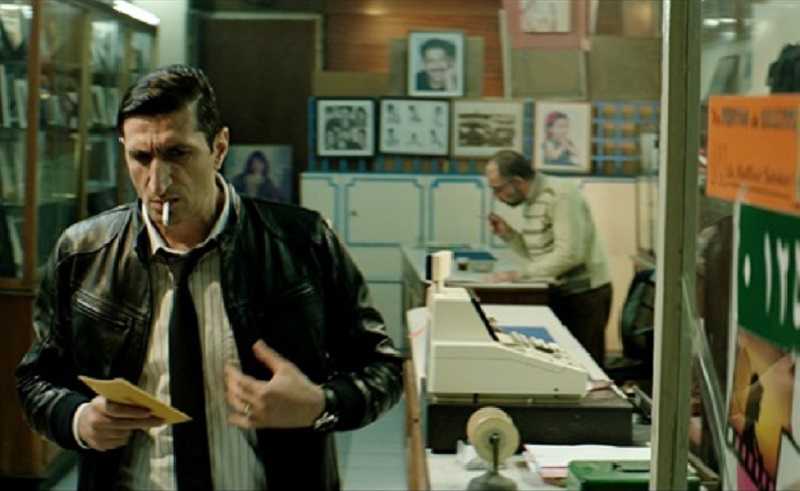 Swedish-Egyptian director Tarik Saleh’s neo-noir flick The Nile Hilton Incident has been receiving mixed reviews from several critics since its first showing at the Sundance Film Festival, held on January this year. The film, which was shot in Casablanca, still managed to win the World Cinema Grand Jury Prize for a dramatic film. It also recently won the Grand Prix at the ninth Beaune International Thriller Film Festival in France, the top prize at the festival. It has been mostly overlooked by critics, having yet to receive an official rating on review aggregator Rotten Tomatoes, however, a small number of reviewers have weighed in their thoughts.

As the title suggests, the crime thriller is set in Cairo’s Nile Hilton, just before the January 25th uprising and is loosely based on the true story of the murder of Lebanese singer Suzanne Tamim in 2008, where a hotel maid comes across a similar murder scene. She witnesses two men in suits leaving a hotel room after an argument, and that's when she finds a singer lying on the floor with her throat slit. The titular incident kicks off a conspiracy-driven thrill ride reaching far up into the upper echelons of the Mubarak regime, with an epic conclusion which happens just as the Egyptian masses start to hit the street.

In a positive review for Variety, Nick Schager described the film as “bending procedural thrills with politicised commentary, this gripping import… should attract sizeable domestic interest following its premiere at this year’s Sundance Film Festival.” In a more glittering review for The Hollywood Reporter, Justin Lowe praised the film’s direction led by Tarik Saleh, who is of Egyptian descent. “The Nile Hilton Incident represents the type of penetrating filmmaking that only a writer-director intimately familiar with Egyptian culture but possessing an outsider’s perspective could convincingly accomplish,” Lowe writes.

Writing less favourably, Nick Allen for Rogerebert.com felt the film needed “real life context to give it some energy (usually, it’s the other way around).” While noting that it followed the traditional rules which make for a good crime thriller, for the most part, to him it wasn’t compelling or profound enough. He felt Saleh followed “narrative procedure at a slow burn – too slow of a burn – and the story fails to resonate aside from its finale.”

Being the most unforgiving, Collider’s Matt Goldberg pointed out the film’s failure to create a gripping narrative. He criticised Saleh’s systematic approach to the genre without adding the necessary edge required to make for a memorable film noir. “There’s plenty of intrigue and shady characters, but it all feels by the numbers, and while there’s nothing wrong with playing by those rules if you can play well, nothing in Nile Hilton is particularly noteworthy,” Goldberg writes. He goes on to say that the director kept the “darkness… at the edges,” only choosing to acknowledge the story’s political backdrop to make a point.

The Nile Hilton Incident is yet to have a wide cinema release with no dates announced as of yet. Egypt's censorship board have also not commented as to whether the film will be approved for showing in domestic cinemas.