Sergey Prokofiev’s classic Cinderella got an imaginative re-interpretation as the beautiful ballet wowed audiences at the Cairo Opera House... 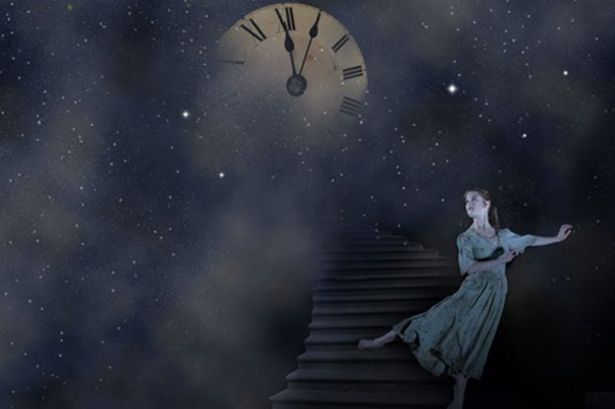 For the first time in fifteen years, the Cairo Opera Ballet Company presented Sergey Prokofiev’s Cinderella, a ballet choreographed by Abdel Moneim Kamel in 2000 who passed away two years ago. To commemorate his passing the company, led by Erminia Kamel, dug out one of his favourite ballets and showcased a fine routine this week to a sold-out opera house which captivated young and old and featured lots and lots of small and big surprises. The classic story of the maid who doesn’t get a chance to break away from the tyranny of her stepmother was altered to offer a whole new way of telling the story. In fact, this interpretation didn’t even feature a stepmother…

Conducted by the notable David Crescenzi, Prokofiev’s 75-year-old Russian tunes came alive to accompany the talent of the Cairo Opera Ballet Company whose performance was as vivid as the orchestra’s imposant klänge. However, Cinderella, played by the Serbian Anja Ahcin, Japanese Hana Nomura, and Ukrainian Kateryna Ivanova, was about the only character that reminded us of the actual fairy tale, as we were surprised to see Cinderella’s father take the stage in the first scene. Isn’t that guy supposed to be dead? Not only is Cinderella’s dad alive and kicking in this production but he also has a few magic tricks up his sleeve. The depiction by Amr Farouk reminded us of a young Patrick Swayze, because of both the fast jumping pirouettes and his hair which was as thick and black as Hosny Mubarak’s back in the day.

Most overwhelmingly, the stepsisters, played by Amir Tadrous and Ahmed Saeed (yes, men) on the performance on Wednesday, captured all the laughs of the nights. Whoever is surprised right now that sisters are played by two individuals called Amir and Ahmed is right in assuming that the Cairo Opera Ballet Company found an easy fix to making those sisters look clumsy and hideous: they cast men in a woman’s role. We were amazed about this fantastic solution despite their posture while sitting down and their muscly upper arms giving away the fact we were looking at males. In a country where the idea of cross-dressing is not too frequented, the laughs the two produced suggested we were part of a progressive audience who applauded the two men at the end of the performance more than any others.

But the twists weren’t over yet. Towards the end of the first act, as Cinderella escaped her house to be upset in the forest about not being invited to the Prince’s palace, she is not met by a fairy godmother. Instead, her father finds her and shares a little secret: he’s also a magician. He calls on his good friends, the four seasons, to help Cinderella prepare to attend the ball. No magical transformation from Ugly Betty to bombshell, no pumpkin, no mousy friends who pull the carriage as horses. Without the booklet and the original fairy tale in mind it was quite a challenge to follow the plot which saw Cinderella transform into her ball version during the intermission. When the curtain drew again, she had ditched the maid costume for a sparkling white tutu.

The sisters' clumsiness overshadowed the beautiful performances of the fairy dancers who were populating the ball. More effort was put into portraying the stepsisters as awkward oddballs than showcasing the beautiful dancing of the multicultural ballet ensemble. The audience didn’t seem to mind as the hall exploded when the two men took off their dresses to expose their laced lingerie. The only oddity about the different interpretation we didn’t appreciate was Cinderella inviting her horrible stepsisters to her wedding where they congratulated her and gave her hugs. We know a fairy tale has to have a happy ending but we would have preferred to see the sisters cry their eyes out. Or take some dancing lessons after hours.

Influential but underappreciated, Egypt's prima ballerina gets her due in a [...] 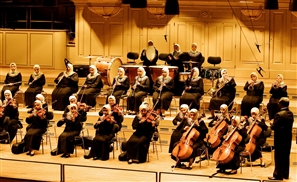 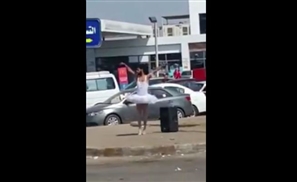 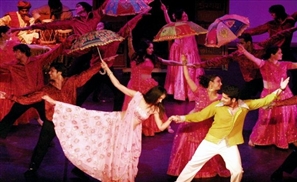