Cairo in Chinese: A Review

Director of Ai Weiwei: Never Sorry, Alison Klayman's latest film Cairo in Chinese raises some really interesting questions about the parallels between China and post-revolutionary Egypt on the 25th anniversary of the Tiananmen Square protests. 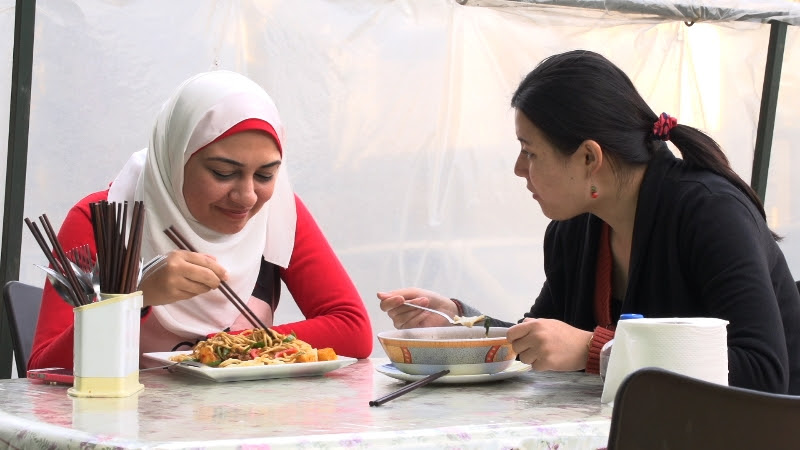 Twenty five years after the event, Alison Klayman, director of Ai Weiwei: Never Sorry, revisits the memory of the Tiananmen Square protests in the unlikely setting of post-June 30 Cairo, in her latest short documentary Cairo in Chinese.

Following Shen Yitong, a Chinese woman who moved to Cairo in 2008 to study French at Cairo University, the film parses out the differences (and potential similarities) between her contemporary China and the post-revolutionary Egypt of January-February 2014.

The 8-minute film seems to be based on the premise of drawing the comparison between the Chinese government's quashing of the June Fourth Movement that began with the Tiananmen Square protests of 1989, and the current crackdown on dissent in Egypt, through Shen Yitong herself.

Shen tells us of how her experience in Egypt changed the way she views the world, and  in particular the concept of revolution, which had been all but foreign to her prior to coming to Egypt.

The stifled atmosphere in "Sisi's Egypt" is alluded to more than once, drawing the comparison between Egypt's military strongman and the end of China's protests through martial law 25 years ago.

While the comparison is relatively apt, what with the risk of our long-gone revolution being wiped out entirely from our collective conscious in light of recent events, Klayman's film unabashedly draws the comparison between the Tiananmen protests and the Rabaa al-Adaweya square protests of last year, through Shen and her Egyptian classmate Asma el Nagar.

Admittedly, there are parallels; both Rabaa al-Adaweya and the Tiananmen protests saw violent crackdowns that were symptomatic of the reigning in of all forms of political dissent. However, the naive equation of the two protests does nothing for the film, indicating instead a lack of discernment on Klayman's part.

Nonetheless, drawing the comparison between the two countries at this particular point in time, and in light of Klayman's previous work with Ai Weiwei, draws interesting questions on the correspondence of the two.

On the one hand, Klayman evokes a China where dissent is almost unheard of, but where the spectre of dissatisfaction looms below a placid surface. Meanwhile she  transposes this onto an Egypt where the remnants of a very recent revolution, which was fed by virulent resentment for the previous regime, is quickly being pushed into obsolescence.