عـايز_شارع# A Mime on a Mission

Facing countless troubles from the authorities on the streets of Egypt, Mohamed "Shitos" Saeed is starting a cultural campaign to normalise and encourage artistic expression and street performances. 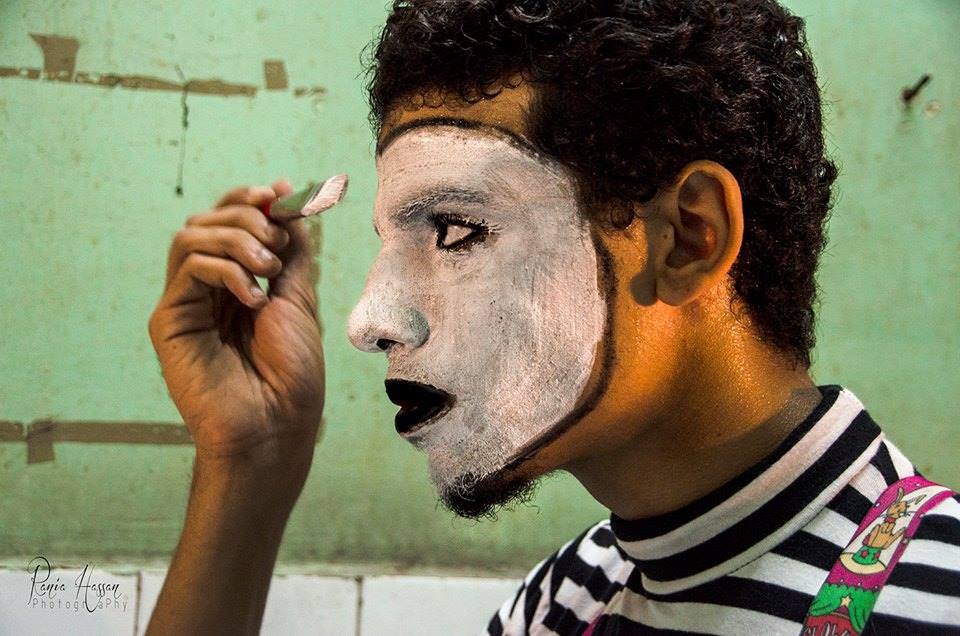 While various art forms have begun seeping on to Egypt’s streets, urban venues and even mainstream media, others remain marginalised and even unrecognised by the everyday Egyptian. Yes, graffiti has found its place, and independent music is being heard. But what of the humble street performer? Egypt, and Cairo specifically, is famed for its street culture, whether it’s your friendly neighbourhood ahwa, or the informal koshk gatherings teenagers call their own, we love being out and about. So why can’t we be entertained? Egyptian mime artist Mohamed “Shitos” Saeed has countlessly asked himself the same question, especially considering the fact that he’s endlessly harassed by police and security forces whenever he goes out to perform.

Using the hashtag عـايز_شارع# (#IWantaStreet), Shitos is rallying up the artistic troops to fight for their right to perform on the streets. While he is often booked for events, the mime is a strong believer that art shouldn’t be confined, saying: “art is for the people specifically on the streets, not only for ones who can afford it.” While his calls for freedom of artistic expression in public are yet to make an impact on the usual hassles he and his colleagues face – from police asking to see permissions to local residents complaining about noise – several other street performers have joined his mission to not just find a place where they are allowed to perform freely, but to take away the stigma from simply wanting to paint smiles on the faces of Egyptians.