Previous Post
30 Kickass Women In Egypt
Next Post
St. Patrick Would Want You To Drink And Be Merry

The world's finest artists are going to fill the city's iconic Downtown landmarks, rooftops, and streets for the 5th Downtown Contemporary Arts Festival. 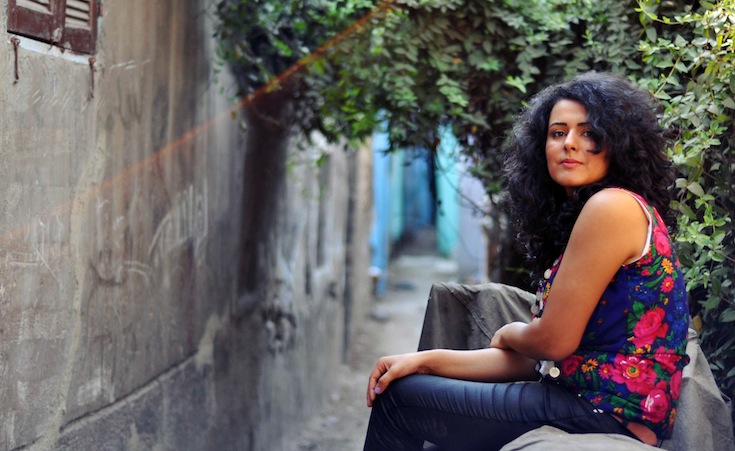 In a time when Egypt’s art spaces are being shut down and its authors arrested, this year’s edition of the Downtown Contemporary Art Festival (D-CAF) carries particular significance. Ever since we had our first taste of D-CAF in 2012, the multidisciplinary arts festival has broadened the country’s artistic horizon, bringing forgotten art forms to our now philistine city.

This year is no different; from March 31st to April 22nd, art will once again sweep across the streets of Downtown Cairo in another colourful and vibrant celebration of art and architecture, showcasing some of the best up-and-coming and established local, regional, and international talents in various art disciplines - ranging from theatre to film, and visual arts to music – and bringing to life the architectural gems of Downtown Cairo with public contemporary dance through the festival’s Urban Visions programme.

Holding performances in unorthodox venues is another one of D-CAF’s distinct attributes – a signature move, if you will, and a tradition they intend to keep alive this year as well. “We’re hoping to get the old French consulate again, and we’re going to use Radio Cinema in a completely different configuration. […] We’re expecting three to four thousand people, so we’re using a lot of the same venues but also quite a few new ones,” D-CAF Artistic Director and Curator of the Performing Arts Programme Ahmed Al Attar says.

D-CAF’s choice of locations, while eccentric, serves higher purposes and is more than just a marketing gimmick. “Wherever D-CAF went, it kind of changed the urban fabric of these neighbourhoods in some sense. The Kodak Passageway and Radio Cinema have now been completely renovated. D-CAF has left its mark. It brings people to places that they know but really don’t know, or they know and they pass by and are not really aware of – so, when they see them in a different light, they start getting ideas, and that’s what we try to do,” Al Attar explains.

D-CAF is no longer the esoteric affair it was when it first started back in 2012; the festival has grown so big that one city simply cannot contain it. This year’s edition will be a festival of regional proportions, with The Arab Arts Focus (AAF) taking place in Beirut and Cairo simultaneously. AAF will provide regional artists with a platform to showcase their works to over 40 delegates, producers, and festival programmers from around the world, and will feature dance, theatre, music, and comedy performances by artists from all over the Middle East. Small Rooms, a play by Egyptian and Syrian artists, is set to kick off AAF, followed by a concert by Electronic music band Arabstazy from Tunisia.

AAF comes at a time when the Middle East grapples with armed conflicts and political crises, and since art imitates life, politics have made their way into AAF. “We should not neglect the Syrian artists who have a harder time producing work, showing their work, and travelling, and I think we should show some solidarity with them; if we can’t bring them to Cairo then we should take the programmers to Beirut to see their work,” Al Attar says of AAF.

D-CAF kicks off March 31st with a live concert by Moroccan lady Rocker Khansa Batma, and our very own Jazzwoman Dina El Wedidi at Horreya Garden. Another concert by young Egyptian contemporary Classical music composer Bahaa El Ansary will be held on April 7th at Falaki Theatre, and from then on, Downtown Cairo becomes one big cluster of talent and art. Expect every art form under the sun - from literary readings to stand-up comedy shows by Egyptian and Palestinian comedians, to film, to music, to visual art exhibitions, and more.

Al Attar also revealed that this year’s performing arts programme focuses primarily on audience participation and interactive theatre, a genre that incorporates the audience in performances. “All of the acts are based on audience participation. It’s a choice we’ve made this year because it’s very new to Egypt. There are no actors, it’s the audience who does everything, and I think it’s important to show this style in the multitude of its existence,” he explains. The opening act in the performing arts category will be Catalan theatre artist Roger Bernat’s adaptation of Le Sacre du Printemps (The Rite of Spring) by Igor Stravinsky. “The audience goes onstage and they have headsets; in these headsets they’re being told how to move and what to do, so he’s choreographing the audience live,” Al Attar says of the performance. The festival also features À L'Ombre des Ondes (In the Shadow of the Waves), a French piece in which artists record people’s dreams then play them back after they have been mixed with music. A performance by Berlin-based theatre company, Rimini Protokoll, is also set to be hosted by Downtown residents! “They are doing Europe in a Suitcase but we’re going to adapt that into Downtown in a Suitcase. It’s a play that happens in people’s houses - the host, who is the owner of the house, has people coming to his house in Downtown, and there’s an interactive performance,” Al Attar explains.

It looks like 2016 is set to be a big year for film at D-CAF, especially for European cinema. With six critically acclaimed movies of all genres from France, Bulgaria, Italy, and Thailand set be screened in Downtown venues, it’s hard to imagine running out of options.

So, if for whatever reason you end up in Downtown Cairo between March 31st to April 22nd, don’t panic if a group of buoyant people flash you...with dance or puppet shows, that is! Instead, join them as they bring life and soul to the Downtown core. 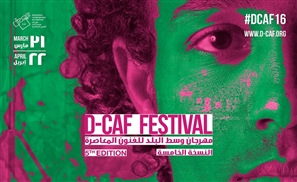 This year's edition of the Downtown Contemporary Arts Festival promises to be a [...] 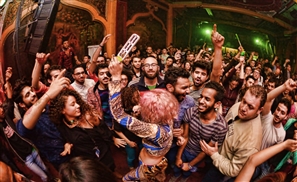 With D-CAF just days away, we take a look at the venues in downtown Cairo that will [...]

The ins and outs of all the noise coming out of the Downtown Contemporary Arts [...]
Week Month Year