Dust: 'The Only Difference Between Paris & Cairo' 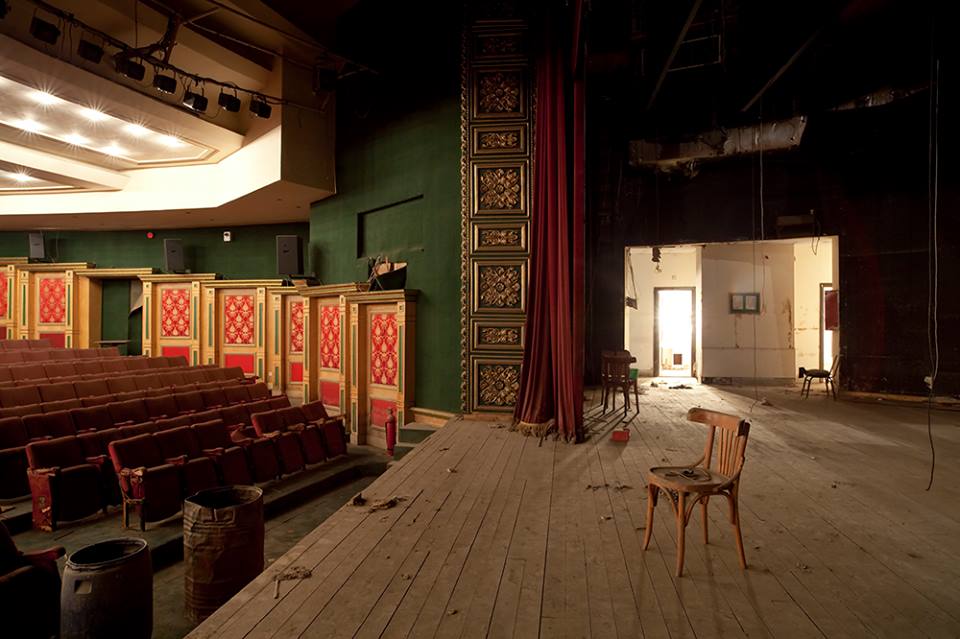 Lurking across the streets of Cairo, Port Said and Egypt’s forgotten south, a scattered array of ghost mansions silently stand, as if paused by an erratic sense of urgency that has left things undone –for centuries. Intrigued by their stories and drawn by their overpowering sense of absence, Russian photographer Xenia Nikolskaya moved to Cairo in 2010 to photograph these abandoned colonial buildings and delve into the stories buried in this cemetery of concrete to tell a tale of glories past.

A metaphor of decadence and neglect, her photo series Dust, is on display this March at the world’s largest museum, Saint Petersburg’s L’Hermitage. “What really struck me at first sight was the strange feeling that I could be in Paris or Saint Petersburg, but it felt as if it was hijacked by aliens. Everything looked very familiar, but as though occupied by strangers,” says Nikolskaya.

Baronesque furniture, tassels still holding down the curtains, and old photographs scattered around; beneath their Belle-Epoque style facades and luxurious interiors, the buildings had the intriguing imprints of an impulsive abandonment. “The place seemed transformed into a theatre in which a drama had just been acted out – a very private drama – one that fills you with curiosity and guilt, rather like reading someone’s personal letter,” the artist said after she encountered the first ghost building, the Serageldin Palace.

Located in El Basha Sreet in Cairo’s Garden City, the mansion was designed by Italian architect Beyerly in 1902. Originally commissioned by Kaiser Wilhelm II for his visits to Egypt, it was bought by Serageldin Pasha after World War II, as the conflict postponed the Kaiser’s visit indefinitely. Used as the headquarters of the nationalist Wafd party for some time, the mansion was left unoccupied since Serageldin’s death in 2000. “The family now left, and since they are about 300 members, it was more complicated to do something with it than to leave it empty,” the photographer explains.

A country turning back on its once glorious bourgeoisie was somehow reminiscent of the post-revolutionary Russia, but it was the erratic, neglectful character of the choice that made an impact on her. “Everything looked as if it was still occupied, as if the owners had only just left,” she expresses. Part of the reason may lay in an outdated rent law established by former president Gamal Abdel Nasser in 1977, which froze rental prices and still applies to buildings constructed before 1996.“There are many places where owners live in Saudi Arabia, they come every year, just pay rent and leave it abandoned.”

Among the dusty jewels Nikolskaya encountered the Palace of Sultana Malak, the wife of Egypt's ruler and only Sultan Hussein Kamal, in Heliopolis. Currently risking demolition, according to Egyptian blogger Zeinobia, the palace belonged to the first and last sultana of Egypt and was later turned into a school, leaving classroom paraphernalia as imprints above and below the dust.

“These places are built between the opening of the Suez Canal in 1869, and the 1952 revolution and the 1956 war with Israel,” the photographer says. “This was a very short period of time when everything sort of happened in Egypt in terms of architecture and urban planning. Before, it was only Middle Age architecture. Cairo became Cairo in 80 years’ time, and in the context of Egyptian history, 80 years is a fraction of a second.”

Deep within Cairo’s rundown Attaba, the skeleton of a once glorious Tiring Department Store struggles against decay. Designed by Oscar Horowitz in 1910, a Czech architect who designed similar shopping destinations within the Austro-Hungarian influence, the building used to house a department store founded by Victor Tiring, an Austrian merchant who specialised in Turkish tailoring. The gallery’s globe shaped glass dome, once a fine rival to Paris’ famous Lafayette, now stands amongst squatters and debris. The building was nationalised in 1952 and is only partly used for tailors’ workshops.

The more Nikolskaya learned about the buildings’ stories, the more she found herself involved in untangling their past. But it was actually an archeological visit that coincidentally led her into those doors.  “As an art historian, I was exhibiting photos of Cairo and people could not believe this was Egypt. So that was my starting point,” she says. Although she initially intended to photograph mansions in Cairo, the project took her to Alexandria, Port Said, Minya and Esna, in Upper Egypt.

“Most people just know about the pyramids, and they think that’s where Egypt’s history ends. But as I started to look around, meet people, do research, stories began to roll one after another,” she recalls. Nikolskaya found herself more and more engaged with the subject, so she moved to Cairo in 2010 to teach at the American University in Cairo and complete the project.

These buildings become modern-day mummies of glories past, particularly at a time when the city centre is being progressively abandoned. Part of the void stems from an extra-official attempt to empty the public sphere, the artist says. “Since the AUC moved away from downtown Cairo, all the buzz and the activity that surrounded it vanished. And it is happening all over the world, public space is being emptied, cities are becoming deserted and dangerous.”

Her research uncovers yet another one of Cairo’s paradoxes: 22 million inhabitants in a space so reduced, yet at the same time full of empty places. Can something be done about it? “Renovating such buildings implies a lot of work and is very expensive, because it means real conservation of historical architecture,” the artist points out. However, she visualises that re-functionalisation can be possible, as long as there is common understanding on its importance. “But instead of building something on top, they could give it to artists and creatives so that they use it for performances or as a studio, and maintain it in return.”

Find out more about Xenia Nikolskaya and the Dust exhibition, which was displayed in Cairo's Townhouse in 2012, here. 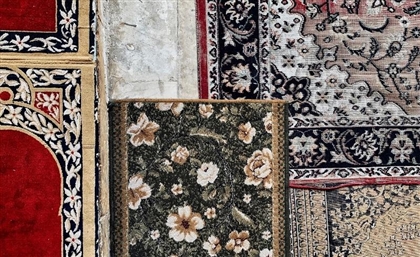 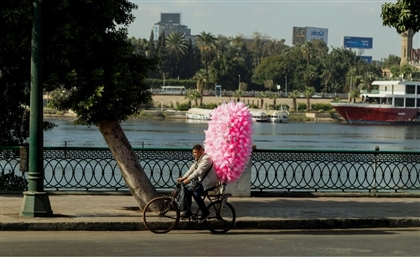