In this exclusive video feature, we dive into the wacky world of Hend Sabry's loveable Ola Abdel Sabbour, as she makes a return 10 years after first hitting TV screens with 'Ana Ayza Atgawez'. 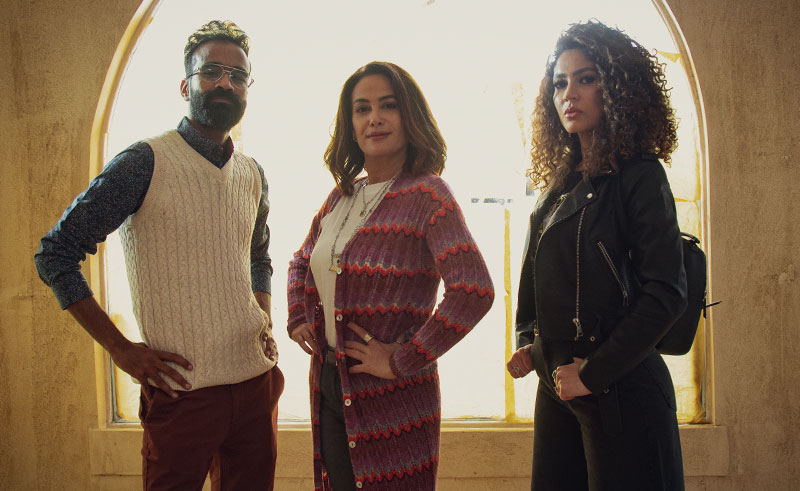 It’s been a decade since the highly-popular series ‘Ana Ayza Atgawez’ (‘I Want to Get Married’) ended, with loveable Ola Abdel Sabbour, played by Hend Sabry, finally got her happily ever after with the man of her dreams, to have and to hold, til death do them part. Or so we thought, anyway.

A new Netflix Original, ‘Finding Ola’, brings the show back for a sequel, picking up the story as Ola’s marriage unravels into a sudden divorce, before just as suddenly finding herself on a quest for self-discovery. Will she find that life-affirming epiphany by the end of the series, some light at the end of the tunnel? Looking for some answers of our own, we sat down for an exclusive interview with Sabry and her co-stars, Mahmoud Ellisy and Nada Moussa, to talk all about the show, and its themes of friendship, self-fulfilment and motherhood.