Touted by the media as "Egypt's first gay film" Hany Fawzy's Family Secrets has censors asking for 13 scenes to be deleted, even though the movie is not explicit in nature. 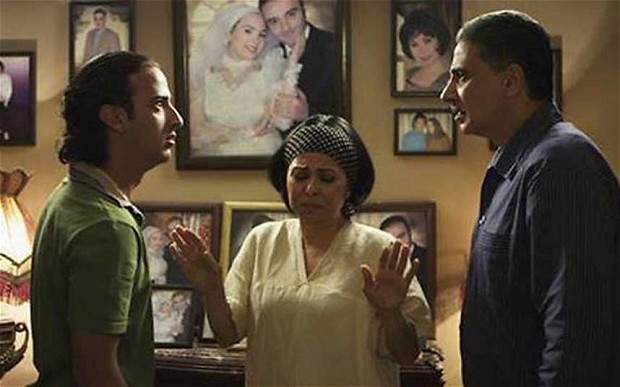 As much as the Arab world demonises homosexuality, they still seem to be obsessed with it. While the Gulf considers introducing a ‘gay test’ for expats arriving into the region, Egypt wants to act like homosexuality doesn’t exist at all, in the latest censorship scandal to make the news. Labeled by the media as ‘Egypt’s first gay film’, Family Secrets (Asrar A’aleya) –  directed by Hany Fawzy and written by first-time screenwriter Ahmed Abdel Qader – has been held up at Egypt’s draconian censorship board which demand that 13 scenes from the film be deleted or changed. It is important to note that the film does not include any sex scenes or anything of a graphic nature.

Family Secrets was in fact due to be included in Dubai International Film Festival’s Film Market – a space where distributors and studios can pick up new movies – but it is unclear whether it is still part of 300+ films selected. Inspired by a true story, Abdel Qader’s movie follows protagonist Marwan, played by Mohamed Mahran, as he comes to terms with his sexuality after a slew of family problems, including being raped by his brother and sexually abused by his driver. He is then sent to therapist after therapist who claim they can “cure” him from his homosexuality, a claim which seems to succeed at one point, but leaves Marwan clearly uncomfortable with his enforced heterosexuality.

The scenes that the Egyptian censorship board have asked to be deleted are, according to Fawzy, pivotal, including one with the main character in bed with his male English tutor, another where Marwan confesses to his sister that he is gay and a third where he blames his absent father for his sexuality. This is despite censorship board spokesperson claiming, earlier this year, that Family Secrets will not be altered just because it is taking on a taboo subject, but after it was submitted to the board it was accused of “promoting indecent behaviour.”