Starting in Northern Sinai through to Upper Egypt in Asyut, devout Christians and history enthusiasts will have the opportunity to, quite literally, follow in the footsteps of Jesus, the Virgin Mary, and Saint Joseph. 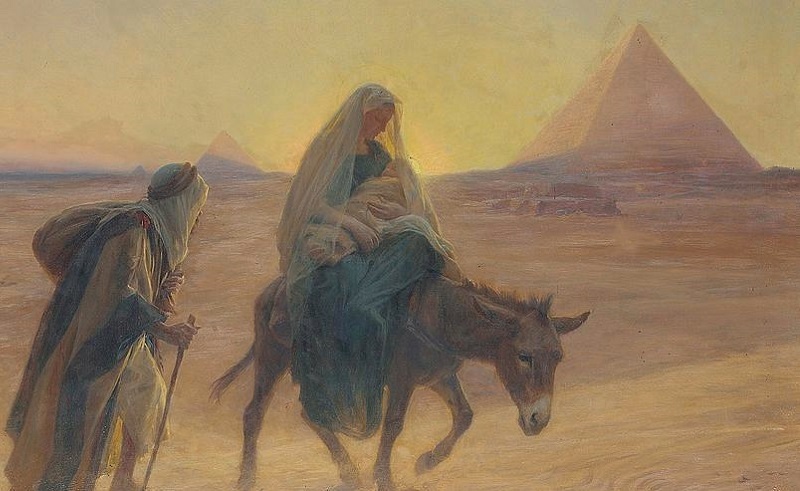 In a two-day visit to the Vatican, which kicked off on Tuesday, Egypt's Tourism Minister Yahya Rashid announced that Pope Francis has approved Egypt's proposed path for The Flight into Egypt, which will allow tourists to, quite literally, follow in the footsteps of the holy family's journey from Sinai to Asyut in Upper Egypt, as they fled the Roman Republic's murderous King Herod The Great. The voyage has been glorified by devout believers and depicted in artistic masterpieces over the past millennia.

The announcement comes as a much awaited development, as following in the steps of the holy family's journey in Egypt has long been a dream of Christian pilgrims and history enthusiasts everywhere.

However, due to the ongoing Islamist insurgency, the Flight into Egypt's starting point in Northern Sinai will be postponed to the program's final phase. The focus is now on the project's first phase, which is the holy family's journey from Cairo up the Nile to Asyut. Corniche Maadi's Virgin Mary Church, Matarya's Virgin Mary's tree, and Minya's Muharraq Monastery are all included in the itinerary for the journey as places where the holy family landed.

"Having the journey approved by the Vatican puts Egypt back on the map of the religious tourism market," says President of Egypt's General Tourist Syndicate Bassem Halka to Dostor, adding that extra attention must be paid to securing the journey's path and building proper touristic facilities along it. Exact dates for the launch of the journey's packages are yet to be announced by the ministry.