In an encouraging announcement made on live TV last night, Abd El Sattar Fathy claims that Egyptian cinemas will be adopting a PG rating system instead of censoring movies come April. 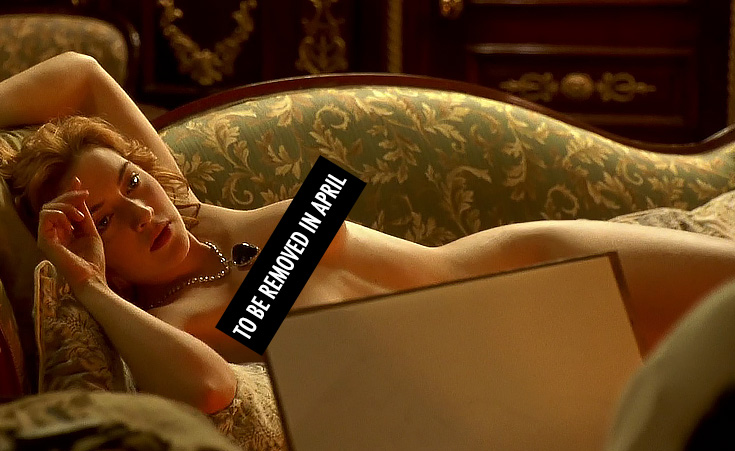 For the longest time, Egyptians have been treated like children with the government deciding to censor anything they deem inappropriate for its citizens. Coming to realisation that Egyptians aren’t all children and have access to the internet to watch anything they want uncensored, is Abd El Sattar Fathy, Chairman of the Censorship Bureau, who stated that starting in April the ministry would no longer delete scenes from English or Arabic movies.

The announcement was made during an interview on Mona Salman's TV show Masr fe Youm. Fathy claimed that they would no longer be censoring and deleting scenes from English and Arabic movies and instead will be adopting the PG rating system from April 2015. The chairman explains that the decision was made after a year of debates and meetings under Dr. Gaber Asfour’s supervision.
This announcement has been something Egyptians have wanted forever, however there is still reason to be skeptical as the chairman explains "we are not going to censor movies anymore, and we are not going to delete sexual scenes, but we are not allowing any movie that calls for atheism, or porn movies."

It is hard to know exactly if that means anything will really change, as the labeling of any film as atheist or pornography is left to interpretation, and may just result in the film being banned as opposed to releasing a censored version. As it stands, the chairman points out that he has only banned one film, Ridley Scott’s controversial film, Exodus. The decision to ban the film was made after talking to historians who pointed out inaccuracies, and was ultimately refused for a supposed Zionist message.

Initially we here at CairoScene were jumping in joy when we heard that films would no longer be censored, however reading into his statements leaves one to believe that nothing has really changed. Hopefully, there will be a noticeable difference come April, however we aren’t holding our breath and will believe it when we see Scarlett Johansson's boobs in an Egyptian cinema.