The exhibition features artwork by female Egyptian artists from the 1950s to the early 1970s. 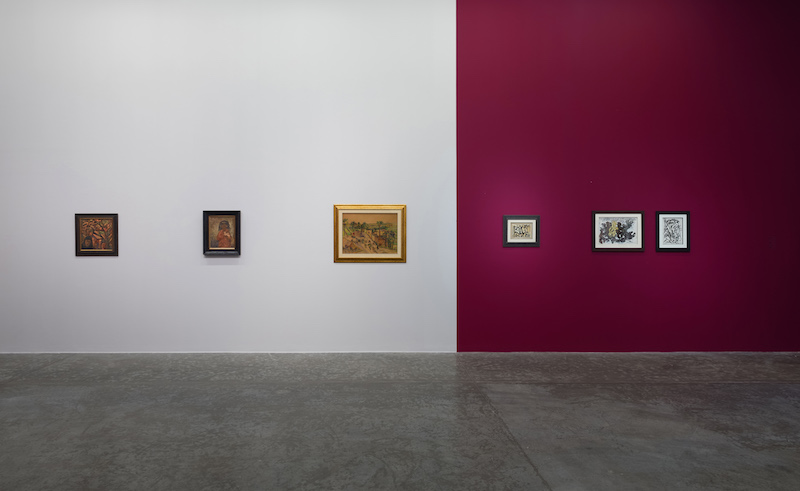 There is always a need to focus more on women’s achievements in the region and particularly in Egypt, especially when female Egyptian artists have been creating beauty and inspiring many for decades. One art gallery has taken note and curated an exhibit that is doing us proud abroad and showing off our best; Green Art Gallery in Dubai has launched an exhibition titled Modernist Women of Egypt, which aims to highlight the role of women artists in the development of Egyptian modern art. The gallery, which has been around for 25 years, has always been interested in historical and modern art from the region, with Egyptian modern art and the role it's played both, international and regionally, being of particular interest, according to gallery director and owner Yasmin Atassi. The exhibition, which will run until July 27th, looks at how social issues that surfaced in Egypt in the early 20th century such as nationalism, womanhood, and activism, created an environment that allowed women artists to develop. Focusing on the period from the 1950s to the early 1970s, it features a number of prominent artists including Inji Efflatoun, Vessela Farid, Tahia Halim, Zeinab Abdel Hamid, Effat Naghi, Marguerite Nakhla, Gazbia Sirry, and Margo Veillon.

"We have been particularly interested in why Egypt has produced some of the most incredible female talents compared to its neighbors and we wanted to look at the particular strengths and focus points of the role women played in Egypt, but also the role women artists played in the creating of 'Modern Egypt'", Atassi tells Cairo Scene. Speaking to Cairo Scene, Green Art Gallery manager Nadine Khoury explained that the research, collection and curation for the exhibition was done by director and owner Yasmin Atassi and art historian and researcher Farah Zeynep Aksoy. When asked how the artists featured in the exhibition were chosen, Khoury explained that, “There are many strong female Egyptian artists that both Farah and Yasmin would have loved to feature, however getting your hands on these artworks is not easy. So I guess that is how the selection of artists we are showing got narrowed down. We were very lucky to have some artworks loaned to us from private collections as well."