Watch as this Egyptian Artist Creates Magnificent and Unusual Sculptures

The artist's upcoming exhibition takes inspiration from Via Aurelia, an ancient Roman road in Italy filled with mesmerizing architecture. 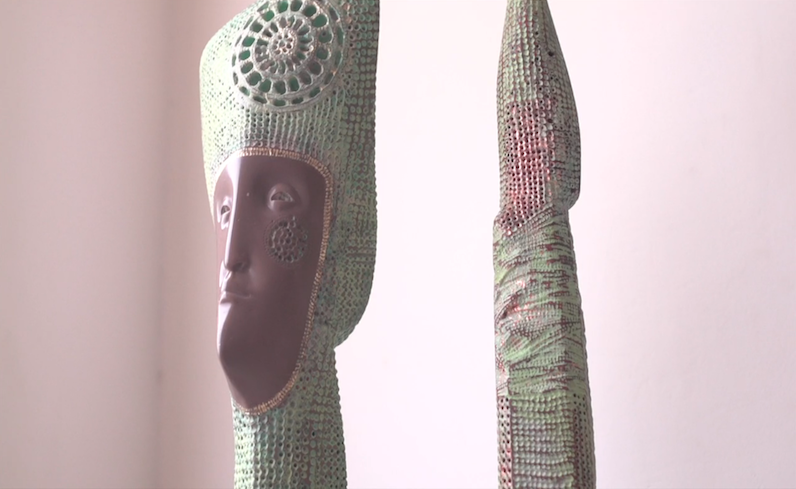 Egyptians have always been insanely talented sculptors; just look at what the Pharaohs did. And although we might no longer be a leading civilisation, we still produce some quality sculptors. One such sculptor is Naguib Moein, whose exhibition of his latest work kicked off this week at Gallery Misr and will show there until the 18th of May.
Born in 1981, Naguib Moein enrolled in Alexandria University’s Faculty of Fine Arts in 1998, graduating from the sculpting department in 2003. That same year he began his master’s in monumental sculpting, receiving his degree in 2009. He went on to earn a PhD in the Art of Sculpture from the Academy of Fine Arts in Carrara, Italy in 2014. Moein’s unique approach to sculpting results in beautiful, one of a kind pieces, as the sculptor takes inspiration from anything and everything around him, believing that art can tell a story without needing words. His work incorporates elements of history and mythology, particularly ancient Egyptian mythology.

Moein has also been working as a professor in sculpture at the Faculty of Fine Arts in Alexandria since 2004. A member of the Egyptian Contemporary Art Movement since 1998, he has participated in a number of symposiums and exhibitions in different countries, including in Italy, Spain, and Germany among others.