Some of the best-known names in Egyptian satire have reacted to the Paris shooting. 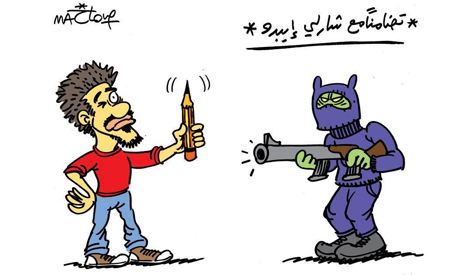 Egypt has responded to the terror of Paris in which 12 people were killed at the HQ of French satirical magazine Charlie Hebdo. President Sisi and Al-Azhar spoke out Thursday and condemned the attack. But Egyptian journalists have equally taken a stance.

Egyptian cartoonist Makhlouf has taken to his pen to respond to the Charlie Hebdo murders just like many foreign journalists. In his "Letter to the Masked" he calls for journalists to keep expressing themselves via cartoons and not be afraid. He stated that the attack is a clear sign the masked are more scared of the affects of freedom of speech than free journalists are of the threats to their lives made by terrorists.

Along with his letter, Makhlouf published a series of cartoons, siding with the worldwide solidarity to the fallen Charlie Hebdo journalists who died on the job. In one cartoon, he depicts himself saluting while wearing a pen on his back instead of a gun, indicating that a pen is his weapon, while another shows him proudly holding a pen up even in the face of being shot by alien masked men. All of his cartoons read "In support of Charlie Hebdo."

Cartoonist Anwar also published a caricature, celebrating the power of satire in depicting a journalist that draws a smile on a terrorist's face about to shoot him. The caption "Long live satire," expresses Anwar's lack of fear of terrorists' potential desires to silence his expressions. Egypt's journalists to side with the international solidarity for the fallen journalists is a powerful sign towards a commitment for freedom of speech in Egypt and the rest of the world. 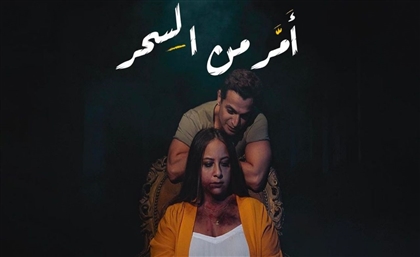 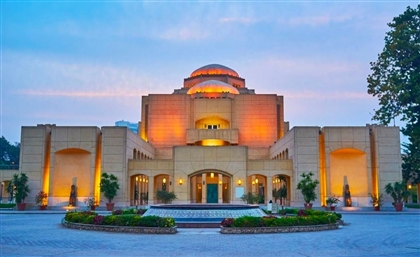 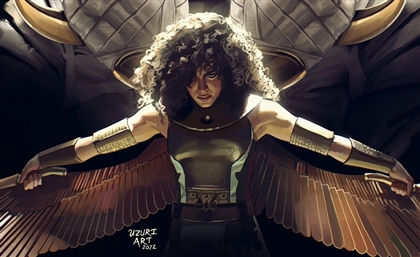 Not to sound biased or anything but May Calamawy was fantastic as Layla El Fouly in [...]
Week Month Year

The drawings show 46 eagles in two rows, with 24 of them carrying an eagle head to represent Nekhbet, Goddess of Upper Egypt, and 22 with [...]