Hesham Nazih - the composer behind blockbusters like 'The Blue Elephant' and the Pharaohs' Golden Parade - is joining a host of Egyptian talents behind the new Marvel series, 'Moon Knight'. 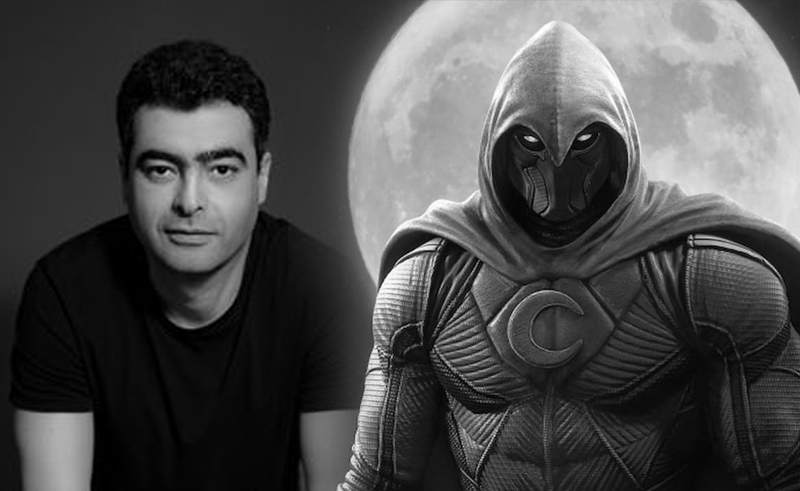 It's cool enough that Marvel is making 'Moon Knight', a Disney+ series about a superhero who gets his powers from an Ancient Egyptian god of the moon. What's even cooler is the wealth of actual Egyptian talent that's gone into it. Not only have they brought in Egyptian director Mohamed Diab to create four of the series's six episodes, as well as the acting talents of May Calamawy aka Dena from 'Ramy', but it's just been revealed that the soundtrack has been crafted by none other than Egyptian composer Hesham Nazih.

You may recognise Hesham Nazih's work from the 2014 blockbuster film, 'The Blue Elephant' and its 2019 sequel 'The Blue Elephant 2', the 'Sons of Rizk' films, and the score for the majestic Pharaohs' Golden Parade, which wowed the world in April 2021 with an epic procession that carried the mummies of ancient Egypt's most revered kings and queens from the Egyptian Museum in Tahrir to the National Museum of Egyptian Civilization in Fustat. The Marvel Cinematic Universe is lucky to have him as far as we're concerned.

Scheduled for release on March 30th, 'Moon Knight' has been teased as psychological horror that touches a darker side of the Marvel universe. The series stars Oscar Isaac as Steven Grant, a gift shop employee who lives with dissociative identity disorder. His other personality, Marc Spector, is a former US marine who was granted superpowers by Khonsu, the Egyptian god of the moon. As much a blessing as it is a curse, the two men find themselves in a whirlwind of mystery and violence as they lose themselves even further into multiple personalities.