Young and influential director Mohamed Diab is known for his gritty films with their heavy commentary on Egyptian social issues. Diab has just announced his entrance into the Academy of Motion Picture Arts and Sciences and will be serving on the Oscar committee next year. 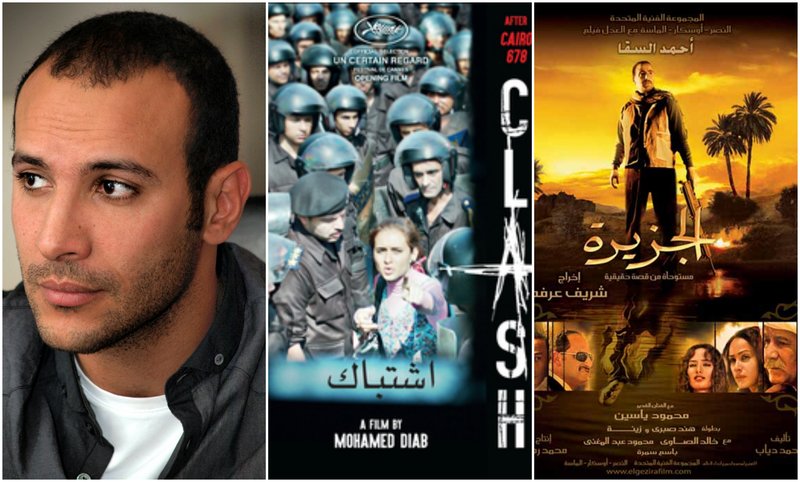 Have you ever wondered why there aren’t any Egyptians on the Oscars' jury committee? Well, maybe not, but now you won’t have to. Starting in 2018, young and outspoken Egyptian director Mohamed Diab will serve on the panel of experts who choose the Oscar winners. Diab, 39, is best known for his recent work, El Gezira (The Island) and its sequel, which are the highest grossing Arabic-language films of all time.

The director’s latest submission to the Oscars was his 2016 drama about the Egyptian revolution, Clash, which was critically acclaimed but did not make it to the round of finalists for Best Foreign Language Film. The film was the opener for the prestigious Un Certain Regard category at the 2016 Cannes Film Festival and went on to earn widespread recognition. Diab has since earned the sponsorship necessary for admission to the Academy of Motion Picture Arts and Sciences (AMPAS) and will be joining the Writers Branch. The Academy has approximately 6,700 members and has been hosting the Oscars for 89 years. The Oscars jury committee has about 20 members and Diab will be the only Egyptian on the team.

The films of Mohamed Diab typically revolve around modern Egyptian social issues. His directorial debut, Cairo 678, follows the story of three women in Cairo and their experiences combating the ever-present scourge of sexual harassment. His most popular films, El Gezira and El Gezira 2, were inspired by the true story of a feared drug kingpin and his fight for control over an island in Upper Egypt. All his films so far have contained commentary on Egyptian social and political issues, and Diab even earned a Webby Award in 2011 for his activism in the Egyptian revolution.