Egyptian Documentary About Sexual Harassment Is Getting Massive International Attention

Remember that viral video, Creepers on the Bridge? It was filmed as a part of documentary Banat El Nas (The People's Girls), tackling the issue of sexual harassment in Egypt, and the movie is now garnering international accolades. 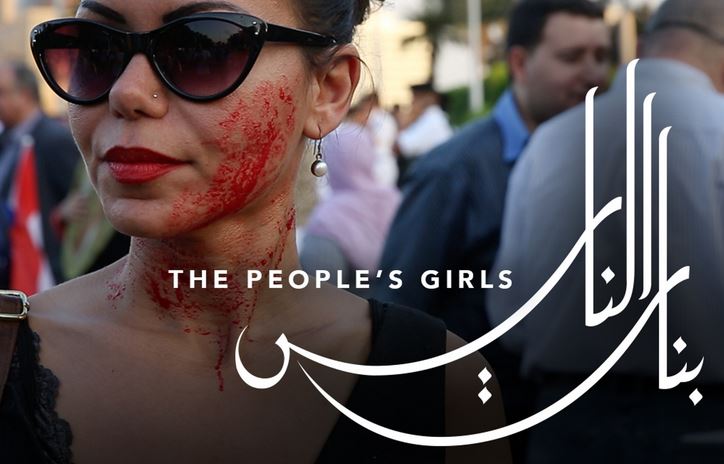 One of the most striking projects about sexual harassment to come out of Egypt was the viral Creepers on the Bridge video in 2014, by Colette Ghunim and Tinne Van Loon, capturing the male gaze through a mobile camera in slow motion, as a woman walks past them. The video was part of The People's Girls, a documentary telling the story of what many girls and women face in Egypt on a daily basis. The film has yet to be released but is already garnering a great deal of international buzz as an award-winning masterpiece, having just received the prestigious Rhode Island International Film Festival Humanitarian Award.

Officially declared an epidemic by UN Women, sexual harassment has long been one of Egyptian society's biggest problems. However, throughout the past decade, we've seen more campaigns and initiatives raising awareness about the phenomena, as well as research to collect actual statistics on the level of harassment women face in Egypt.
The People’s Girls, which also previously won the Silver Remi Award at the Worldfest Houston, is a short documentary examining who is to blame for sexual harassment in Egypt and how women are fighting back. In an interview with CairoScene, Van Loon shares with us the inspiration of the film, “Harassment is a problem that, as a woman, you cannot escape as soon as you're out the door. But when I was researching, I didn’t really find documents where women were telling their experiences, especially on how it affected their lives,” she says. And this documentary aims to do exactly that. “More woman are now speaking out and there is more awareness that it is a crime. That’s part of our message too: if things are changing, it is because by filing cases, or simply responding, women are claiming their rights back,” Ghunim says.

The name of the documentary itself transcends taboos, as it uses the expression of 'Banat el Nas', commonly used to refer to girls who are 'honourable' or 'dignified', because they were raised in 'good homes,' which essentially differentiates and justifies why some women can be more prone to sexual harassment.

In the past five years or so, we've also seen more visuals and less written-on-paper facts that tackle sexual harassment; feature films like Mohammed Diab's 678, short films like Safwan Nasser's The Victim, and viral Facebook videos such Sharine Atif and Nora Labib's infamous His Cucumber.

It is important to mention that while filmmakers expose sexual harassment and all its underlying layers, more lawmakers are paying attention to the problem. Nonetheless, the power of films, viral videos, and bold statements regarding the women's experience is a much more raw version of telling a story, and definitely, a much more eye-opening experience that may encourage women to actually take advantage of the laws and report.

Learn more about them, and watch more of their videos on their Facebook page.