The series talks all things cinema, and the most relatable films in our current time such as one-location movies and even movies about viruses. 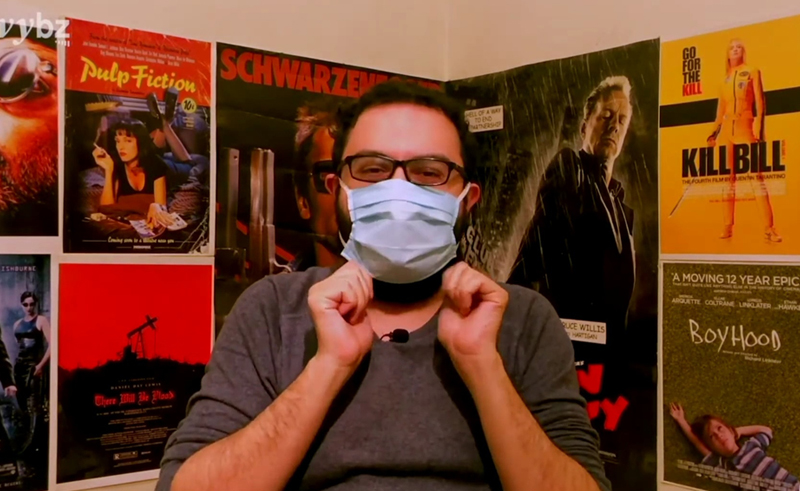 With so many of us finding time to spare on new films while we're locked down indoors, Egyptian independent filmmaker Ahmed El Shamaa has decided to kick off an amazingly witty, clever YouTube series, Cinephile, where he recommends the most underrated films from around the world - up to and including films from South Korea!

“I just wanted to share with people a few of my favourite movie selections,” El Shamaa told CairoScene. “What ties all of these films together is the fact that they’re underrated despite being super entertaining and simultaneously artistic.”

Keeping up with the times, the series has recently featured films based on viruses (like Terry Gilliam’s 1995 Sci-Fi/Thriller ’12 Monkeys’) or one-location films (such as Gustav Möller’s 2018 Danish Thriller/Drama ‘The Guilty’).

“I wanted to create an intimate vibe as if me and the viewers were sitting in the ‘ahwa,” El-Shamaa added.

The series is produced by Ahmed El-Hamzawy (D.O.P) and Ahmed Ehab (Editor) under their art and media platform Vybz, who have also been producing colloquial Arabic poetry performances and releasing independent short films on their YouTube channel during the lockdown. If you’re interested in new film picks that your Netflix recommendations won’t catch, you can catch a new episode of Cinephile every Friday at 8 PM on the Vybz YouTube channel.