In the often unkind streets of Downtown Cairo lies the secret that binds the district's residents: food. 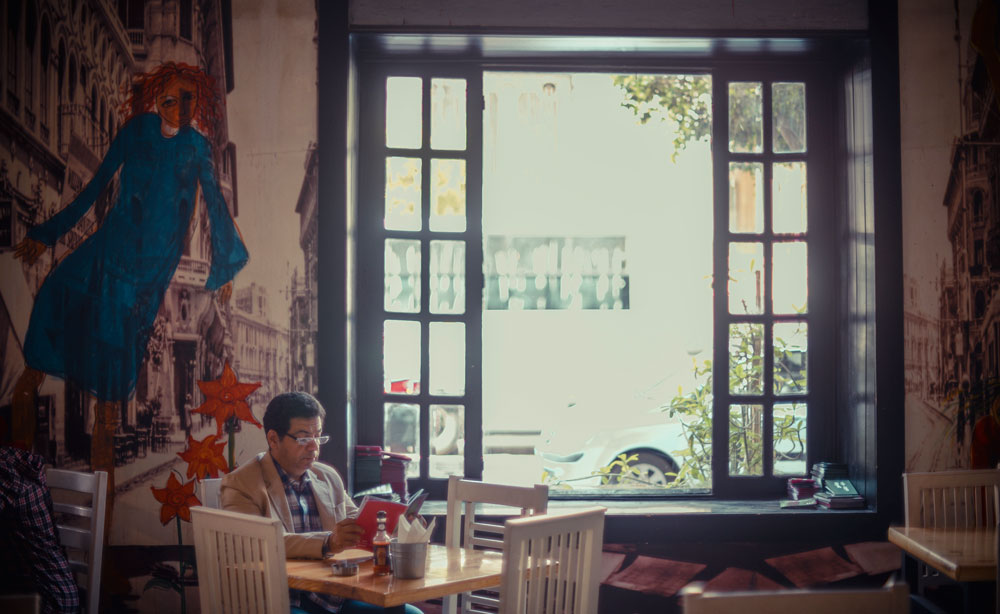 Downtown Cairo has always been Egypt’s throbbing heart, the one place where beginnings never end but rather morph into new trends and notions that sweep across the land and breathe new life into our stale days – wherever it goes, the country follows.

Ever since its foundation upon Khedive Ismail’s directive as part of his urbanisation agenda, the district’s transformation has mirrored the country’s; Downtown Cairo went from being an elitist stronghold in the early 20th century, to a picturesque setting skirted by squalor and architectural monstrosity, to the battlefield it has been lately.

Through it all, the district has always been anchored in its progressive roots by its residents who took it upon themselves to architect, shape, and revitalise their own communities all while maintaining the spirit and the quaint feel of their surroundings. Two such model downtown Cairo residents are wide-eyed New Yorker Nadia Dropkin and Alexandria native Dina Abou El Soud. It all began in 2010, when Abou El Soud founded Dina’s Hostel. The two had met two years prior and have been inseparable ever since; Dropkin later dropped out of her second Master’s program at the AUC to co-manage the hostel with Abou El Soud.

Primarily an accommodation facility, the hostel came to be known for far superior purposes; “At first it was known as a good hostel, then it became known for the activities we hosted there," Abou El Soud explains. "We would set up art spaces in the communal areas, like in the corridors and the lobby for film screenings, talks, music performances and art exhibitions, and they were free for performers, exhibitors, speakers, and audiences alike.”

Political involvement doesn’t exactly constitute business best practice – unless it is to bribe government officials, of course. However, when Downtown Cairo took centre stage during the popular uprising of 2011, their position was a resounding 'YES'! “When the revolution was happening, we got involved. Not much was happening business-wise, so we used the space as meeting rooms for the revolutionaries, protesters, and various political groups, and we would let protesters from Tahrir Square stay there,” Abou El Soud recounts.

Their gamble later paid off when Egypt’s revolt, albeit short-lived, inspired people the world over, giving rise to a new kind of tourism. “Most places shut down or did really bad right after the revolution, but Dina’s Hostel survived for a long time after the revolution because we were involved in revolutionary tourism; it was the go-to place for people who came to Egypt who were interested in graffiti and art and activism and feminism,” Dropkin says proudly.

But even the best of intentions couldn’t save Dina’s Hostel when the tourism industry totally collapsed in 2014 following the ouster of Mohamed Morsi and the subsequent political instability. The two struggled to maintain the hostel and eventually had to fold. The duo bounced back the same year, opening Kafein, an artisanal coffee shop. “We wanted to do something that relies on the local community rather than the tourism industry, and Nadia was really into the idea of starting a coffee shop,” Abou El Soud says. “I’m from New York, so I kind of have this romanticised idea of what a café should be; it should be a place where people meet, where you drink your coffee and you leave – it’s not a place where you have to have a minimum charge,” Dropkin romances.

Three months later, the café madams embarked on yet another business venture, bringing Adly Street a taste of their zany locally-inspired energy and giving the city its best Italian eatery. “We didn’t have any capital – Dina’s mother sold her car, I had to borrow money from my brother who is a student – but Dina had a vision that we could make it work,” Dropkin says ironically. “We opened Eish w Malh with one chef, a barista, and part time waiters,” Abou El Soud adds. The two built a business model that is equal parts social consciousness and culinary ingenuity. “If you were to ask me what I’d like for dinner I’d never say Italian; it’s not my preferred cuisine, but Italian works here because it’s similar to Egyptian cuisine so the seasonal ingredients are similar and available,” Dropkin explains. “We had a taste and a clientele in mind; we had a concept in mind, not only in terms of taste but you can also see it in terms of pricing, to make the place accessible. Just because the pizza has goat cheese doesn’t mean no one can afford to buy it, so food and drinks to us have also been political in the sense of being inclusive.”

In Kafein and Eish w Malh, they picked up where they left off, holding art exhibitions, movie screenings and making good on their mandate to serve the community and support independent artists. “In Kafein, we have had the K Project for the past year where we hold exhibitions focused on benefiting the community, like Cairo Cats, which was based on a blog about cats and the proceeds all went to local animal shelters,” Dropkin enthuses. Downtown Cairo has always had this charm – this extraordinarily contagious vibrancy to it, which easily makes the mere act of sitting at a café and sipping a cappuccino or sharing a meal with friends the high point of your day. “I remember this image in my mind; we had this group of people who’d come in at Kafein at 7:00 in the morning, the guy is like 84 years old and he’s buying coffee for a 22-year-old girl who came in to have a coffee before university and they became friends. It makes me happy to know that, in my café, friendships are made,” Dropkin effuses.

Every street corner and every alley holds a memory, a trace of some gargantuan event, a fragment of Egyptian history. “[Eish w Malh] used to be very busy on Saturdays back in the 30s, because people would come here right after they step out of the synagogue,” Abou El Soud says warmly. “Ahmad Beih, the son of the owner, recalls running around as a kid; he’s now 92 and he has cappuccino here. And we have a guest who is 80-something and who talks about coming here when he was 16 to have his first whiskey,” Dropkin adds. For hours, I sat at a table in Eish w Malh by a window overlooking the Adly synagogue, trying to wrap my head around the beauty of my surroundings, and suddenly all the nostalgia dissipated and was replaced with verve like it was La Belle Époque all over again. The girl sitting next to me could very well be the next Gertrude Stein, the Jazz songstress who serenaded me over dinner the night before might go on to become a 21st century Cole Porter. Suddenly the Lost Generation didn’t seem so lost to me; they must have been surrounded by so much goodness and so many good-willed people, and members the French Resistance must have found refuge and solace in the bistros of Paris at some point.