Eihab Boraie sits down with Fatma Mansour, Chief Editor of the Middle East's first and only feminist comic, to talk about the benefits of creatively combating Egypt's endemic sexual harassment and gender inequality issues. 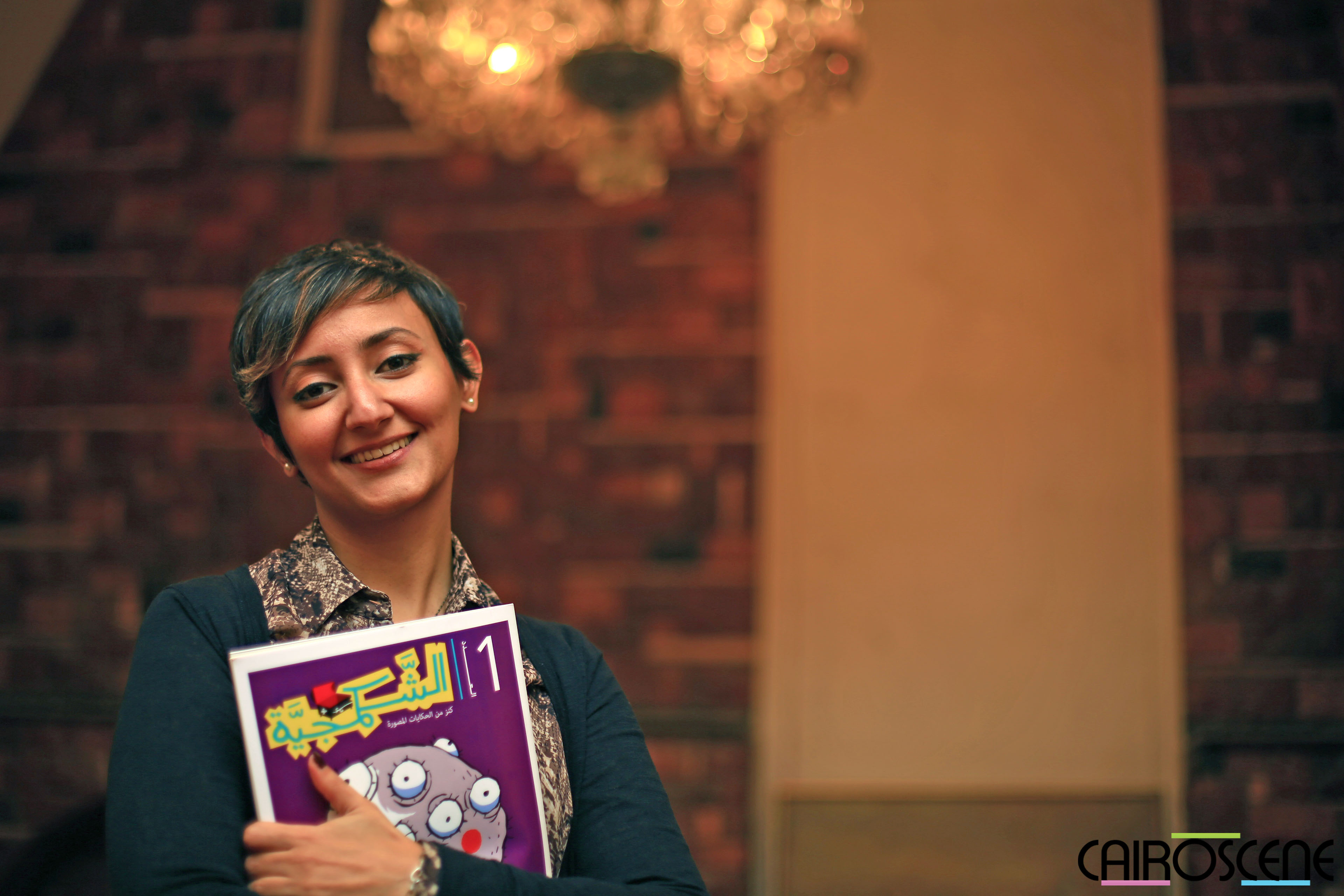 Equality amongst genders in the ancient land of Pharaohs is far from being achieved. Until recent times the whole issue was largely ignored by the general population, only made worse by the lack of proper law enforcement that continues to fail survivors of harassment and gender bias. Looking to address the long list of taboo subjects deteriorating the nation comes Egypt’s first feminist comic magazine El Shakmagia. To get an idea of how game-changing this magazine could be for Egypt, I sat down with Fatma Mansour, Project Manager at Nazra and Chief Editor of El Shakmagia to talk about the release of their first issue and their plans to change the public discourse.

Arguably El Shakmagia wouldn’t exist if it weren’t for the support of Nazra, an organisation that deals with the plethora of women’s issues plaguing Egypt and the greater Arab region. “We promote political involvement and also work on something called Woman Human Right Defenders. Human Right Defenders is concerned with providing emotional, medical and legal support to women that work in the public sector and with generally protecting women rights in the public sector,” explains Mansour. It was through her work with Nazra that the idea came up to use creative art to spread the awareness of women’s issues through the Egyptian beloved medium of comics.

Deriving its name from an old Arabic word for vintage jewellery box, El Shakmagia is filled with colourful comics, caricatures, and discussions from a variety of artists’ perspective. According to Mansour, “we picked the name El Shakmagia as a metaphor for the stories that are present in any home regardless of the socio-economic classes or backgrounds. We feel that the stories told and the lessons imparted are valuable and deserve to be kept safe in a jewellery box.”

Each edition, available in bookstores across the city, will cover a serious topic troubling Egypt and will be approached from various perspectives. “In this first issue we discussed the topic of sexual harassment and sexual violence and harassment against women. We tried to cover all the relevant subtopics relating to this headline, such as domestic violence, child abuse, sexual harassment in the workplace and on the street. We picked this difficult subject to print because it is a persistent and noticeable problem that has become endemic in our country,” explains Mansour.

Gracing the cover of its debut issue is an eye-catching cartoon of depicting the evolution of women requiring them to develop new mutated traits like multiple eyes and arms in multiple directions to fend off harassers. The cover is both clever and poignant as it highlights the issue that women are currently being left by society to fend for themselves, and if Darwin’s survival of the fittest theory is correct will lead to future generations of women adapting new limbs to survive.

From cover to cover, each page manages to walk the fine line of being entertaining and informative without marginalising or diminishing the important subject matter with offensive humour. From a girl using her imagination to mask the daily harassment she faces to an entirely different story about what the world would be like without men, each chapter showcases each artists own personal style and voice, keeping El Shakmagia wildly creative. “Some stories are dramatic and will have the reader close to tears, while others have a witty or sarcastic tone,” describes Mansour adding, “we’re not merely stating the facts and saying that this is how it is or how it should be. We are trying to provide hope and solutions, telling people that they can be proactive and as there is a lot that they can do and contribute as individuals. We are proud to say that we are the first feminist comic magazine in the Arab region.”

Receiving her masters in gender and feminist studies at AUC, Mansour is an educated feminist on a mission to spread awareness beyond gender lines. According to Mansour “The problem with feminism is that it is always enclosed and restricted to certain circles of people, who are already aware of the issue, meaning the message never reaches the relevant people outside of these spheres.”

Part of the problem is the way the women's issues are covered in the media who continue to call women who have been harassed 'victims' instead of 'survivors'. “There is a lack of integrity when it comes to relaying the facts of the incidents and as a result you will find extremely slanderous and degrading facts being printed,” a frustrated Mansour remarks adding, “if a woman was raped or subjected to sexual harassment, you will find things printed such as her name, her address, and her husband’s name. This is completely unethical as they violate a woman’s privacy and often leads to further harassment.”

In order to combat media perversion on this troubling issue, a national strategy must be outlined and enforced holding the irresponsible slanders accountable. Mansour points out that “newspapers like to print private and sensitive information with the aim of sensationalising the story, attracting more readers and increasing sales, rather than actually communicating that a crime has occurred. They write things like 'a prostitute' or 'a whorish woman was arrested...' Who is this writer to pass judgement on the case? His job is supposedly to merely state the facts and nothing more.” Furthermore the media often uses misleading terms that only distant the reader from the reality that these issues are common and are a threat to all women.  “The media has a habit of referring to survivors as victim or a hero. The same applies to dealing with the assailant, as they are always portrayed as godless monsters leaving the reader to assume that they do not exist in their community, when in reality the assailant is usually just a neighbour, brother or a father,” explains Mansour.

In talking with Mansour, it became obvious that her concerns aren’t the result of hatred for men, but rather that she truly cares and wants nothing more than to help make a positive difference for women in the region. As a male, I half expected that Mansour would consider all men scum like many hardcore feminist seem to do. However, taking that position often alienates a gender that needs to hear the message before meaningful changes can be made. Personally, I have always stood for equal rights for all no matter their race, sexuality or gender, but often fear the backlash of calling myself a feminist, as I may care about the issues but will never understand what it feels like to be a woman. Putting my fears to rest Mansour tells me that “there are feminists that might be a bit more radical and believe that feminist issues should only be dealt with by women and a man can never be a pure feminist. However, I believe in the type of feminism where men are involved and incorporated in the process. As long as you believe that there is inequality and unfairness and that women and men deserve equal rights then you are a feminist.”

Although I was only fortunate enough to speak with Mansour, on multiple occasions she stresses that El Shakmagia is the direct result of a team of passionate, like-minded thinkers and hope to encourage other artists to join or contribute. Planning to release issues on a quarterly basis, El Shakmagia is a beacon of hope that Egyptians will finally talk, admit, and address the issues harming the nation. More than a breath fresh air in Egypt's stale media El Shakmagia will hopefully find success where traditional outlet fail: actually making a positive difference for woman.

To keep up to date with events and future issues visit their Facebook page here.