Eric Godon on In Bruges

After giving us a virtual screening and an in-depth review of In Bruges, film buff Wael Khairy exclusively interviews Belgian actor Eric Godon who plays an eccentric arms dealer in the cult hit. 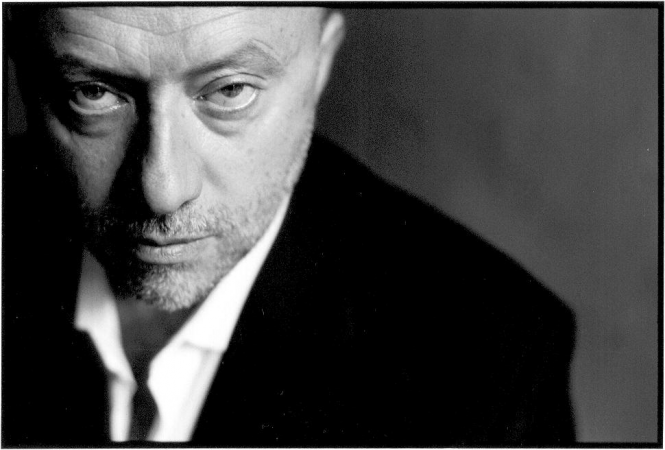 Following his in-depth review and virtual screening of 2008 hit, In Bruges, Wael Khairy presents us with an exclusive interview with Belgian actor, Eric Godon, one of the local stars of the movie, set in his home country. Having also appeared in the likes of From Paris With Love, Erased and plenty of Belgian and French films, the bilingual actor plays the ominous Yuri in In Bruges – a shady arms dealer that obsesses over art and architecture, leading the protagonists to tip toe around the unstable character. Khairy talks film, quotes and fans in this revealing conversation…

What are your favourite movies?

One Flew Over the Cuckoo's Nest, Blade Runner , In the Mood for Love , Monty Python's Holy Grail, and many others, too many to mention…

What inspired you to become an actor?

Mere chance: I discovered acting through improv theater and I met the right people at the right time. Then I caught the acting virus.

What does a person need to be a good actor?

The capacity of listening to himself and to others, sensibility, to be able to relate body and mind constantly and a lot of patience!

How did you end up In Bruges?

I passed the audition in Belgium. Olivier Gourmet and Mathieu Amalric too. But they could not make it for some reason. So, I got the part!

You have two key scenes in the film. Both revolve around arms dealings and are hilariously quotable. Do fans ever come up to you asking you about alcoves or nooks and crannies?

Were your scenes filmed back-to-back and what was it like to work with Martin McDonagh?

No, the scenes were not shot on the same day. Martin is very precise, demanding and directs like a conductor, meaning he knows exactly what he is looking for and gives you very precise instructions. Possibly too precise for an actor!

Though In Bruges was not a box office hit, the little film grew legs and strong word of mouth kept the buzz alive. It won one of three Golden Globes and landed an Oscar nomination for Best Original Screenplay, nearly ten months after its February release. Does it surprise you that it became a cult classic, and why do you think it hit a chord with audiences?

I am not surprised at all. I am rather surprised it wasn't released in more theaters. It has all strong points; brilliant and accurate dialogues, it’s written as a classic Greek tragedy as everyone is bound to meet his fate and is crushed by it, there are great actors, the film is based on a strong and original vision of Bruges and of the human mind and, humour is constantly interwoven with tragedy. Martin knows what a story is… Period.

What was it like starring opposite Brendan Gleeson and Ralph Fiennes?

Both are highly professional and very friendly. They consider themselves humble workers of the film industry and take their job very seriously. I never had the sense I was playing with huge stars: just friendly colleagues. But I felt much closer to Ralph, as if we were old friends reuniting and these things cannot be explained.

The film offers many different opinions on Bruges, the city. Would you describe it as a shithole, a cultivated medieval city, or a fairytale-fucking town?

You can still watch the full version of In Bruges on CairoScene and read Wael Khairy's analysis of it here.