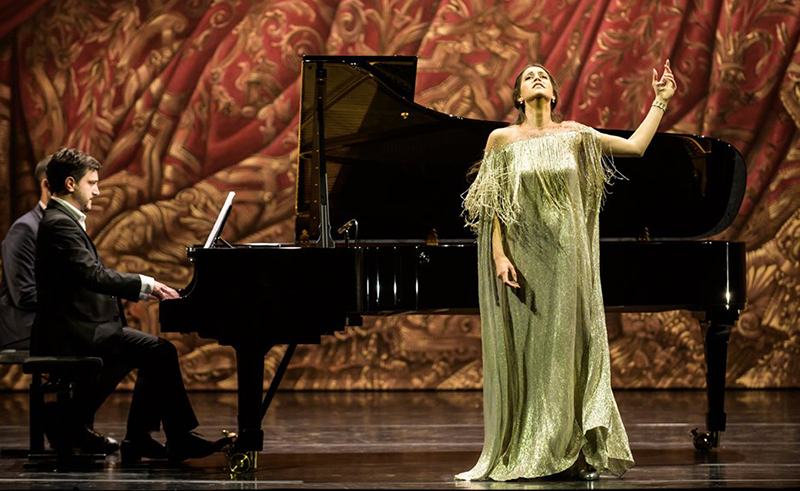 Egyptian Mezzo-Soprano, Farrah El-Dibany, has been awarded the prestigious Prix Lyrique de l’AROP, making her the the first Egyptian Arab to win the award, which is given by Opéra National de Paris - the biggest opera and ballet company in France - to the best opera singer.

The award ceremony is an annual international recognition of emerging opera singers, with the Prix Lyrique de l’AROP honouring one female and one male soprano. El Dibany had joined the Opéra National de Paris in 2016, and became the first Egyptian resident.

El-Dibany’s career has been a triumphant journey, during which she has won several accolades and awards, including Best Young Opera Talent by German opera publication, Opernwelt, for her performance in the famed French opera, Carmen, in 2015.

She has also been an ambassador for Opéra National de Paris, representing the company in performance at Moscow's Bolshoi Theatre and the Venice Biennale, as well as here in Egypt at Cairo Opera House and Alexandria Opera House.