Ai-Da will be speaking at the British House of Lords on the future of AI in the global creative industry. 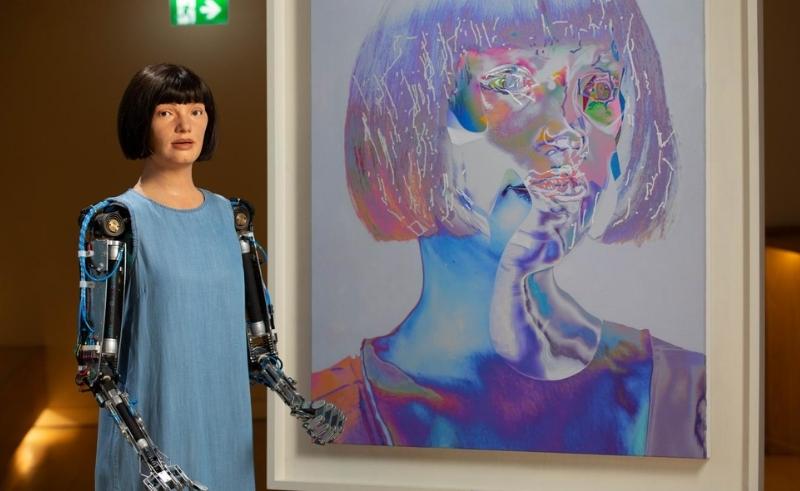 She has been doing AI art IRL before it became a Twitter trend, and now Ai-Da - the world’s first android artist, powered by a built-in artificial intelligence language model by the University of Oxford and whose drawing arms are developed by Egyptian engineers Salah Al Abd and Ziad Abbas from the University of Leeds - is meeting with the UK’s House of Lords.

Ai-Da, who visited Egypt as part of Art D’Egypte’s ‘Forever is Now’ exhibition at the foot of the Great Pyramids of Giza in 2021, will be speaking to the House of Lords’ Communications and Digital Committee as part of a larger initiative to tackle conversations about the future of the creative economy and the possible dangers of artificial intelligence head on.

As conversations continue to expand about the role AIs and Androids are playing in the creative industry worldwide, especially in this age of digital literacy and the expansion of Web3, the idea of an artistic Android raises fascinating - and perhaps dystopian - questions of what constitutes art in the future.