From War Room to Art Space

In the remarkable Garden City, behind a forgotten grey facade lays a treasure-trove of secrets behind the world's historical developments. Breathing new life into the building are Ahmed Zeidan and his team, launching Room Art Space this weekend... 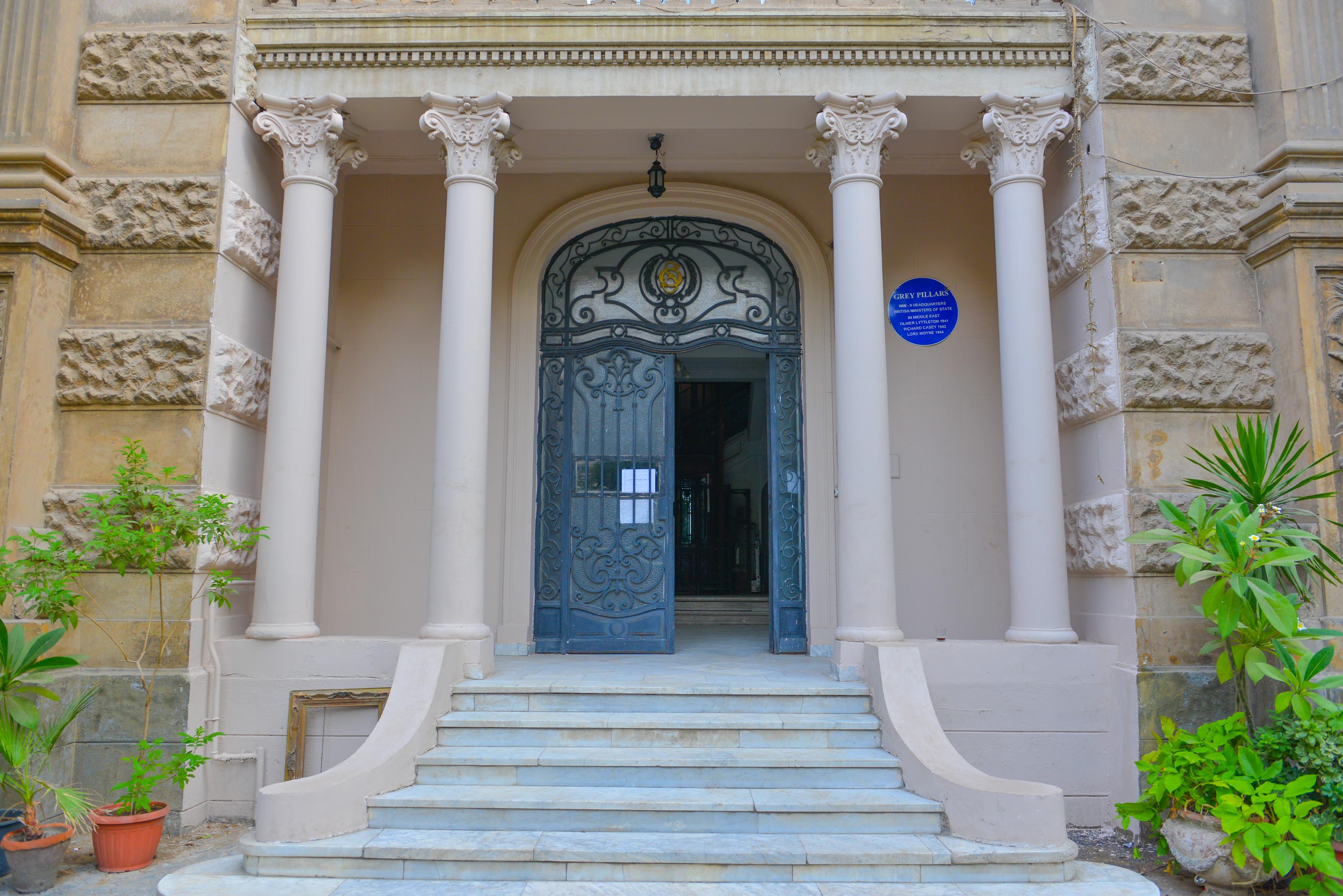 Cairo’s Garden City is the home of awe-inspiring architecture and historically important secrets. At its heart lays a century-old building known as the “Grey Pillars” also known as Number 10 or Assicurazioni or 10 Tolambat Street and, finally, today, 10 Etehaad El Mohamyeen El Arab Street. Why so many names? Well, because there are so many stories. During World War II it was officially the British army headquarters. Remarkably, what was once a building where strategic war plans were drawn up, is now set to become an underground arts space named Room, which hopes to become Cairo’s next art hub and incubator for local talent. Officially opening on Friday August 15th, I headed to the space to get a sneak peek and talk to the owner Ahmed Zeidan about his hopes for the space and the history behind this mysterious location which, before the explosion of urbanisation that hit Cairo, once stood right on the Nile.

Incorporated into the beautiful iron grill that lies above the majestic entrance are the initials 'OS' referring to the building’s original owner, Omar Sirry. The exact age of the building is largely unknown but according to the bawab Abdel Khaleq, who has guarded its doors for over two decades, “the building was built in 1831, back in the era of the Khedive by Omar Sirry, who was Turkish, and eventually sold the building to an Egyptian man.” It is unclear exactly how the British took over the space, but during World War II, its codename was "Grey Pillars" or "Number 10" (a reference to Downing Street), but was widely known by locals as Assicurazioni, likely referring to the Italian insurance company of the same name that dates back to 1848, and once employed author Franz Kafka at their Prague branch.

In charge of the headquarters at the time were Oliver Lyttelton, Richard Casey and Lord Moyne. Regularly passing through the Grey Pillars entrance were notable leaders like France’s Charles de Gaulle, Britain’s Anthony Eden, World Zionist Organization leader Chaim Weizmann, among other generals and heads of state. In fact, it was at Number 10 that Lyttelton and de Gaulle came together to sign the 7th August 1941 covenant, which in turn paved the way for Syria and Lebanon's independence with special post-colonial privileges to France.

It is unclear who took ownership after the British left, but what becomes apparent upon first glance is that, although Number 10 is architecturally marvelous, it has seen better days. A relic of secrets, only half occupied, it continued to decay throughout the decades. That is until Ahmed Zeidan stumbled upon it by chance. “I was driving around with a friend who was looking for a space to do something completely different. We saw the space and he didn’t like it, and we were leaving when the idea hit me… To create an open space for the art community.” It took just three days before Zeidan would start paying rent and purchasing the necessary equipment to turn a dream into a reality. As a freelance videographer, Zeidan knew that a quaint but versatile space is desperately needed to help incubate the continuously growing arts community and its various disciplines.

Located in downtown and only a 15 minute walk from Tahrir, Room is in a perfect location for a small venue. “The capacity inside the room is from around 100 to 110 people. But we want to get around this concept of capacity through ideas like what NPR does with the Tiny Desk Concerts. We hope that the space lends itself to anything and everything from dances classes, yoga, film screenings, and installations,” explains Zeidan. Located in the basement of Grey Pillars, Room is divided into two spaces; one setup as a café, while the other space is where the performances will predominantly take place.

For two months Zeidan and his friends have been frantically renovating and repurposing the ancient basement into an underground art hub facing, at times, absurd obstacles. Aside from bureaucratic issues, Zeidan has had to deal with concerns from a few conservative neighbours. “Once or twice we’ve had people talking about dancing, telling us it’s not appropriate. ‘Why don’t you just stick to painting?’” Zeidan chuckles. “But we do want to make sure the community around us is happy, because we want to add to the history of the building.”

Thankfully all the paperwork is complete and Zeidan is elated that space is ready for its grand opening on Friday, which will feature local musicians Ahmed Salah and Abdullah Miniawy who will be performing their unique Electro Sufi sounds. It is sure to be a special packed night, and Zeidan hopes to document all performances to be uploaded to a future YouTube channel.

All too often in Egypt beautifully designed buildings that hold historic significance are left to rot, while their secrets are forgotten. There is no question that the Grey Pillars should be designated as a national heritage site, but that's over-optimistic to say the least. However, making sure it stays in the minds and hearts of Cairenes who can give it a new breath of life is as good as it gets. Converting it into a unique art space will not only bring visitors to this forgotten historic landmark, but usher in an entirely new peaceful legacy thanks to one very special Room. 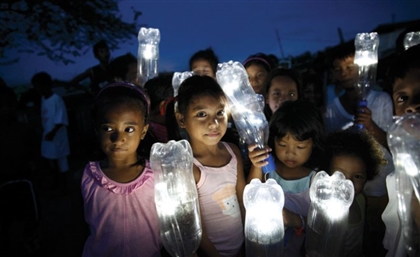