Part of Alchemy's rotating artist residency programme, Syrian/Egyptian Thaer Jrab's intricate metalwork is on display until the the end of December. Conor Sheils talks to him about his unique aesthetic. 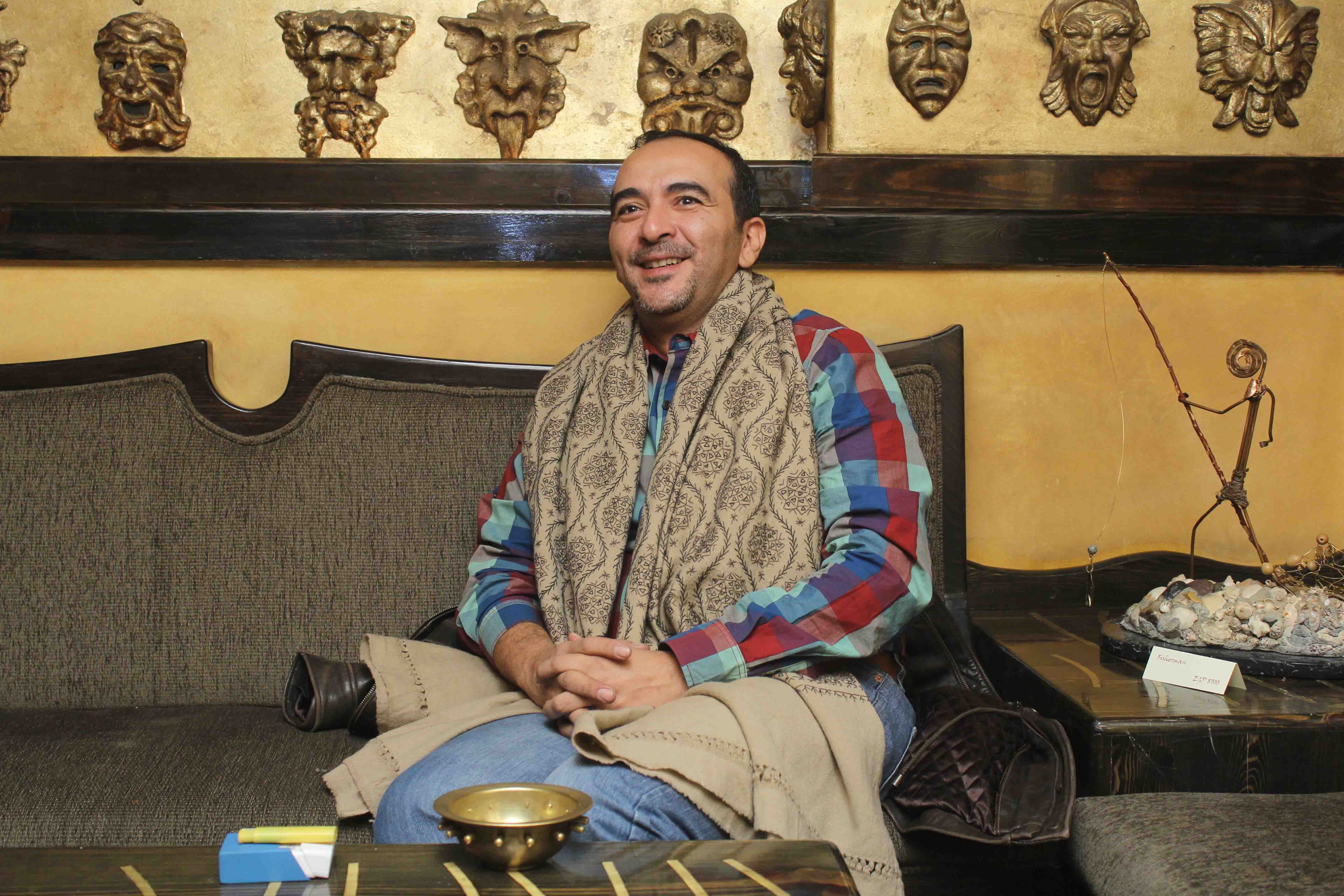 Acclaimed Egyptian/Syrian artist Thaer Jrab has shown off his unique art work across the globe, but now he has come home to Dokki's Alchemy, where his aesthetic is proudly displayed on the walls, nooks and crannies that make this one of our favourite venues in Cairo. As part of Alchemy’s ongoing promotion of local artistry, we sat down with Jrab last Saturday at the ongoing There’s Something Bloody about Mary brunch, which combines culture with fine cuisine, to find out more about his artistic process.

Jrab is relaxed as he speaks about his work, six pieces of which are currently on show at Alchemy until the end of December. The selection, which features the artist's fusion of metal and copper pieces, fitting in perfectly with the restaurant and bar’s signature style, is centred around a post-revolutionary theme focusing on both the past and possibilities for the future. He speaks passionately about one of the pieces in particular, aptly named January 25th Revolution, which he calls a “damn political piece” with a misty eyed fondness for the days of change. “Most of the artists in Egypt were shaking that day” he says, “it was the start of something new. The piece shows the message that all of the revolutionary ideals come from the sky – the message is to fight against not only the government but also against all evil in the country.”

Despite revelling in the days of revolt, Jrab claims his work reflects not just a message of pacifism but epitomises a message of hope for Egypt. “I want people to come here and see my work and hopefully take away something which they can then adapt to the world around them.” He points out one particular piece, The Flower Man, which is a carefully carved piece showing a character most Cairenes recognise. “It shows an idea which I think we need to see more of in Egypt right now... it sends a very peaceful message that we need to love each other and be more patient with each other,” he explains, adding that “We need this now more than ever, during this difficult times.”

As we enjoy the venue's intimate atmosphere, Jrab appears almost animated as he buzzes with enthusiasm for the Dokki bar’s unique art project. “We're doing something different here at Alchemy and I think that is very important for our future. We want to try new things and that is what this space is all about and it provides a good platform from which to develop art and handicrafts here in Egypt."

But what of Jrab’s own future? Where will turning scrap metal into beautiful works of art take him next? “Who knows, nobody can predict his or her future! But Egyptians are a strong people; this land has seen many troubles in the past and nothing stays bad forever.”

Thaer Jrab's work is on display at throughout December at Alchemy, Amman Square, Dokki, Cairo. Find out more on their Facebook page here and follow @AlchemyEgypt on Twitter.