The latest shrine to be delivered is hand-carved from gilded wood, discovered in 1922 in King Tut’s tomb in the Valley of the Kings in Luxor’s West Bank. 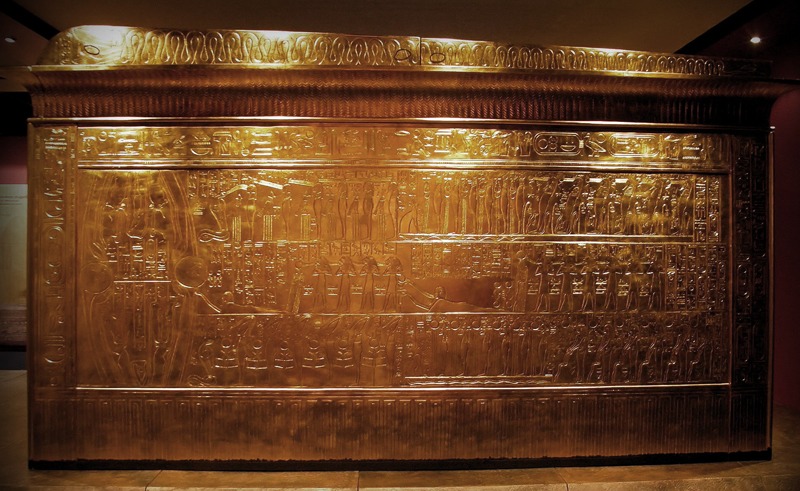 Following the transfer of Tutankham’s third and fourth shrines earlier this year, the Grand Egyptian Museum has now received Tutankhamun’s second shrine - the biggest artefact to be displayed at the special exhibition dedicated to the boy king. The hand-carved, gilded shrine was discovered in 1922 in King Tut’s tomb in the Valley of the Kings in Luxor’s West Bank.

The painstaking process of disassembling and reassembling the shrine took more than four hours and followed techniques used by the Ancient Egyptians. Dismantled into 15 pieces and wrapped separately, each part of the shrine was transferred in boxes using acid-free materials amid a set of strict security measures put in place by the Tourism and Antiquities Authority under the supervision of expert restorers and museum curators.

King Tut’s first shrine is currently being restored at the Egyptian Museum in Tahrir and will soon follow its three counterparts to form part of 7,200 square-metres of galleries along with other dazzling treasures belonging to the world’s most iconic pharaoh. The galleries are set to be the center of attention at the new museum, utilising cutting edge technology with full control over temperature, humidity, and lighting.