The Ministry of Antiquities allocated the amount after a part of the synagogue's ceiling collapsed earlier this year. 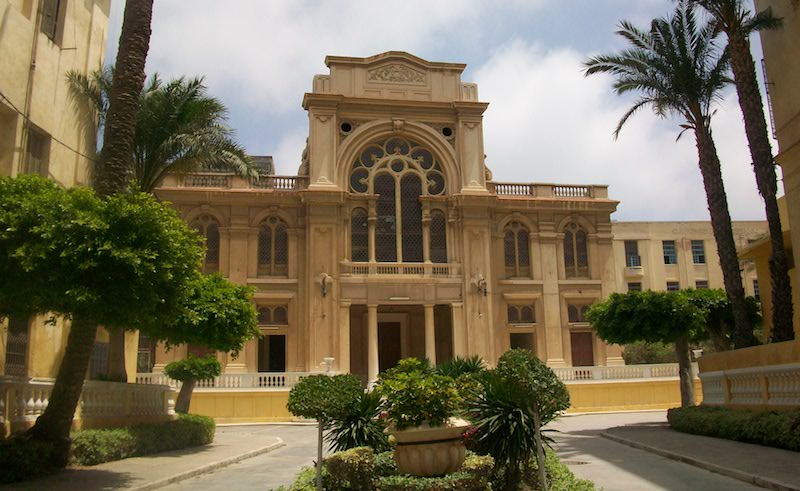 The closed down synagogue of Eliyahu Hanavi Synagogue in Alexandria has just been approved to receive EGP 40 million for restoration by the Ministry of Antiquities. The restoration plan comes after the temple was shut down earlier this year due to the collapse of part of the ceiling.

Built in 1354, the Eliyahu Hanavi Synagogue once served a thriving Jewish community in Alexandria. Considered one of the largest and grandest synagogues in the Middle East, Eliyahu Hanavi Synagogue was destroyed by the French during Napoleon’s invasion of Egypt in 1798 and rebuilt by an Italian architect in 1850, according to Diarna Archive.
Located on Nabi Daniel street, the synagogue’s interior boasts immense marble pillars, suspended silver lamps, and rows of wooden seats reportedly enough for over 700 people. While it once hosted an array of services, receptions, and ceremonies, recent decades have seen the temple receive less and less visitors due to the dwindling number of Jews in Egypt.