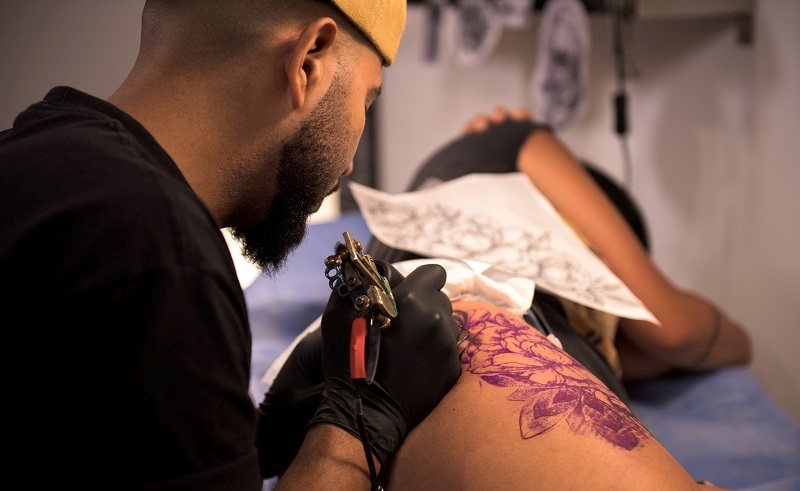 It would be an understatement to say that the tattoo industry is booming in Egypt. It's much more often now that we see Egyptians bearing what once was a taboo form of accessorising and self-expression. Popular actor and rapper, and star of Sheikh Jackson, Ahmed El-Fishawy was slammed with online commentary on his tattoos after he crossed some sort of an invisible societal limit. Other popular figures like of Amr Diab, Menna Shalaby, Amir Adel and many more still continue to channel their identities and express their individual values with bold designs etched on their bodies. What they all have in common, however, is the Hurghada-born tattoo artist Mohamed Abdel-Star, founder of Cairo's popular tattoo and art studio Star Ink. "Ever since I was a little kid, I could easily sketch any shape I see, which I thought was something everyone could do," says Abdel-Sattar. "Then I discovered that it's a gift from god." A humble life on the shores of Hurghada's Red Sea is where Abdel-Sattar's journey begun three decades ago. With the support of his family, he pursued commercial sand painting for a living. The then-booming influx of tourism into the resort town enabled him to expand his business quickly, before finally moving on to drawing henna tattoos due to a growing market demand.

"Everyone who saw my henna work wondered why I would waste my talent on something that washes away in just two weeks," recounts Abdel-Sattar, who later moved to Russia and found a job at a major tattoo studio in the capital.

For over a decade, Abdel-Sattar sharpened his skills even further and got introduced to the most advanced tattoo-making technologies in the world. After he earned a certification as a tattoo artist, he started looking more towards home, specially as he sensed the market's huge potential. "After I worked many years in the Russian market, I was more than qualified to take on Cairo. Then I thought, if I work for a store brand in Russia, why can't I have my own brand in Cairo? That's when Star Ink came into existence," explains Abdel-Sattar, adding that his only promotion strategy was word of mouth, which in fact garnered him massive attention. Soon afterwards, Abdel-Sattar rightfully established himself within the market and grew a solid customer base, including some of Egypt's biggest stars. "I work hard on providing the best quality. I buy the best equipment from everywhere in the world and I'm vicious with applying the strictest safety and sanitation measures, which is what I believe helped me establish a good reputation in the market," concludes Abdel-Sattar.