Ahead of master painter Ibrahim El Tanbouli's huge exhibition at Arts-Mart the Gallery kicking off this Friday 20th February, Dalia Awad meets the man who brings a fresh breath of Alexandrian air to the arts scene... 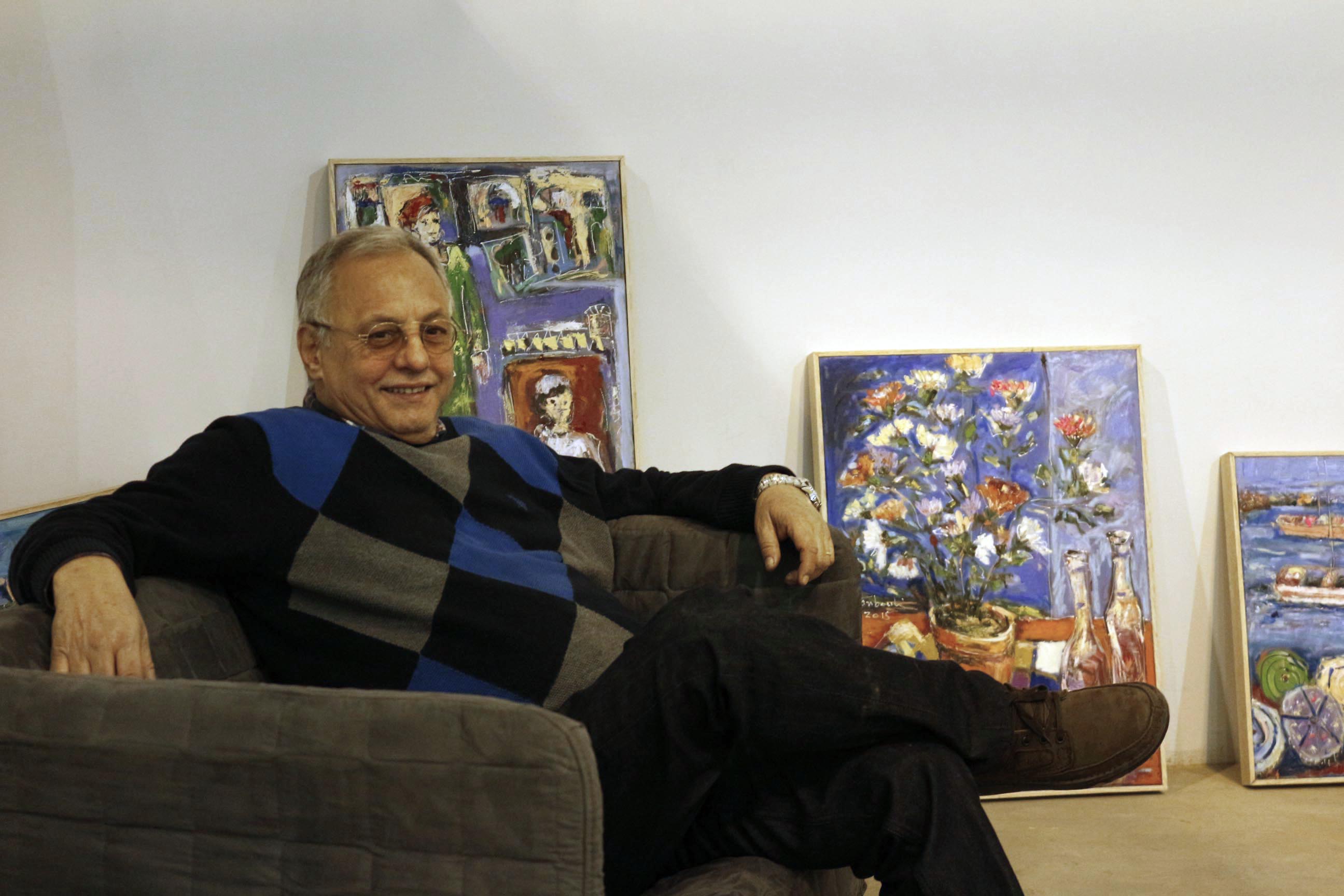 Hands-on isn’t a phrase you’d usually associate with a fine artist of international acclaim, but when we arrive at Arts-Mart the Gallery a few days ahead of his massive Master of Dreams exhibition kicking off this Friday 20th February, Ibrahim El Tanbouli is already there, sifting through his latest works, moving them around the space for optimum lighting and even putting together the set for this photo shoot with his own hands. “What do you think?” he jokes as he poses extravagantly on the couch. The 60-years young Alexandrian artist brings a breath of fresh seaside air with him wherever he goes, enjoying life with the zest of a 20-something and this playful, light-heartedness certainly reflects in his work – work which hangs on the walls of the discerning collectors across the world, from the UK and USA, to Denmark, Germany and Italy and across the Arab world.

“Before I even learned to read and write, I would see letters as shapes and words as drawings,” El Tanbouli explains of his first experiences with the arts. “When I was in elementary school, I remember an art assignment where we had to draw an underwater scene. As soon as I handed mine in, my teacher showed it to everyone and told my family that I was going to be a great artist.” And a great artist he became. The nephew of the legendary Lotfy El Tanbouli, one could say that art is in his genes, though he admits that growing up, he, like many young adults didn’t want to be defined by his elders and refused to imitate his style or ethos when it came to creating canvases. Similarly, Ibrahim El Tanbouli’s own nephew, London-based muralist Nazir El Tanbouli, tried to distance himself from his family’s legacy and carve his own path, according to the Master of Dreams. “However, as an adult Nazir has grown to appreciate the experience we’ve handed down to him. We’ve even worked on pieces together in his UK studio,” he says proudly.

A genius when it comes to composition, El Tanbouli’s landscapes scream Alexandria, in all its Mediterranean glory, while his portraits are characterised by a unique lucidity and movement. When asked who the figures and faces that populate his canvases are, he admits that mostly he doesn’t know. “They’re composites of people I know, people I’ve seen in the streets and in my neighbourhood. I don’t intend them to be anyone specific, but they end up being everyone,” he explains as it quickly becomes clear that he’s not one of these artists with a message or an agenda. “Of course, everything around me influences my work but, it comes naturally. After I finish my work I see that it reflects the conditions we are living in. Then the message, so to speak, comes afterwards. It’s not necessarily intentional.”

“My art teachers always encouraged me to just sit in front of a canvas and let it out, whatever ‘it’ may be.  After that, you pay close attention to what you did and try to figure out what you see. Whatever it is you see, continue painting it,” he explains of his artistic process. Having exhibited worldwide, from Denmark to Italy, Jordan to Tunisia, many have appreciated his work, often with more depth than Egyptian audiences. “Outside of Egypt, I feel that there’s an audience I have no problem connecting with because they are used to reading paintings, attending exhibitions, and are well cultured. Art is all around them so they live in a state of art. In Egypt, when someone evaluates your work, you’re always compared to someone else. I didn’t have a mentor. My mentor was the history of art so it’s sometimes hard for Egyptians to make that connection, not to mention that we aren’t educated in the value of artistic expression. However, things are beginning to change. With Arts-Mart, people who actually care about art and not just the names began appearing. They began presenting art to everyone,” he explains. With that in mind, Egypt’s arts scene is poised to see one of the biggest collections by the master painter to date from February 20th to March 6th. Unleashing his creative genius from the confines of traditional galleries with Arts-Mart, the collection is expected to sell out. And what’s El Tanbouli’s favourite piece? “It’s not about me. It’s about the viewer. When you go to an exhibition and leave it, the painting that you remember is worth the entire exhibition.”