A series of photos created by artist Hany Rady have been going crazy viral, as Hollywood stars get quite an unusual makeover. 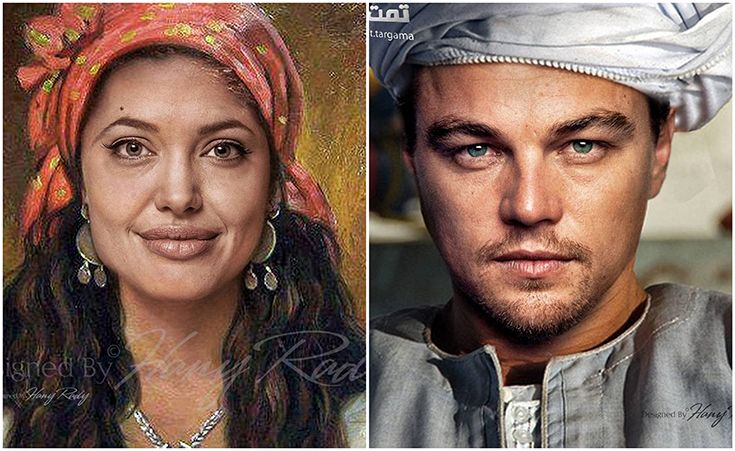 The reason juxtapositions are wicked cool is because they take us aback and force us to pause our fastpaced lives to, possibly, question our own perceptions. That’s what Egyptian artist Hany Rady set out to do when Photoshopping Hollywood stars into traditional s3eedi outfits.

“The idea was just to do it for humour,” Rady tells us. Aiming to depict a strong contrast between glittery Hollywood stars and the folkloric, rural clothing of Egyptian sa3ayda, the 46-year-old graphic designer crafted a seamless combination where Scarlett Johansson nonchalantly carried an 2olla over her head, as Harrison Ford boasts a perfectly wrapped turban. “That contrast is, I think, the secret reason why it went viral,” he says.

The pictures, published by the humour page Tamat Al-Trjama, went viral, as over 40,000 people shared the photographs of Will Smith, Adele, Rihanna, and the recently separated Angelina Jolie, while inadvertently changing perceptions regarding sa3ayda. “Egyptian peasants are also stars at what they do; the only difference between a peasant and a Hollywood star is that no one speaks about him,” says Rady. Here, 11 of the most hilariously striking photos.