Egypt's very own Bassam Allam, A.K.A Bass, has made it onto the pages of Vogue Italia. Timmy Mowafi asks him for advice for budding photographers as he recants his path to photo fame. 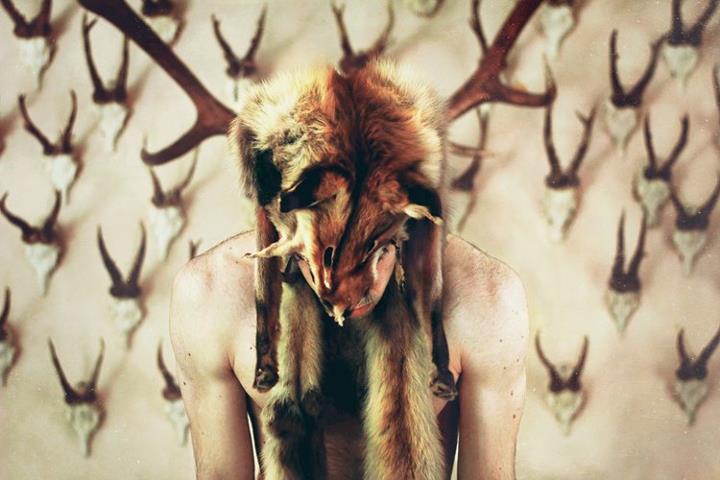 Personally, I don’t allow anyone to take pictures of me because I believe that the camera steals my soul and then adds ten pounds to it. But for some, soul capturing can be a pastime. And some are better, much better, at taking snappy snaps than most. One human person of EGYPTIAN origin who excels at this would be Bassam Allam, A.K.A Bass (pronounced Base).

Your Text is on Fire

In my opinion, the ethereal lighting and pastel Gothic tones that are synonymous with each of his pieces transcend and personify all things evil yet beautiful about the world. But what do I know? (I know everything).

We once, unknowing of his dark wizardry with a camera, sent him to a Manhattan-themed party at La Maison Blanche for CairoZoom to capture all the shiny, happy, beautiful people on the scene. He made everyone look like dark Syth lords or wolves. We thought he was crap, until we realised he was actually a genius.

Santa will be lonely this year.
Now living in Germany, Bass’ work  has just been featured on the main page of VOGUE ITALIA. Bam!

I caught up with him through the magic of Facebook for a ‘chat’:

What got you interested in photography and how do you keep things fresh?

Well I figured since everyone has a DSLR nowadays; why not give it a shot myself? But yeah, embarrassingly enough, before I started photography I thought it was something impossible to do. I always had very strong interest in art but I wasn’t aware I could do it myself. Then I accidentally stumbled on the work of young photographers such as Joey L and Lara Jade, and got a really strong urge to create something myself.

I get inspired all the time; photography is the output for all my thoughts. I just try to create something that I haven’t seen before.

How did you get featured in Vogue Italia, and how does it feel to be covered by such a major fashion publication?
Well this came after A LOT of rejection, I sent over 50 pictures none of them got accepted. This feels absolutely fantastic, I feel very under appreciated with my photography overall, and to know that such a great magazine has featured me is enough to keep me going and motivate me to do better.

What’s the funniest/most bizarre thing to happen to you on a shoot?

If I paid you 1 million pounds to take a picture of my ballbags being caressed by an imaginary otter called Adrian Peach, would and could you do it? (All of these factors would have to transcend in the photo).

I will have to pass on that one, only because I have a huge fear of imaginary otters.

What is the ’365′ photography challenge?

I started this project to force myself to take a picture everyday and edit it on the same day for a year. I am a perfectionist and extremely indecisive, so it used to take me days to work on one picture. I figured this a good way to go further and fix my problem.

You use yourself in a lot of your photographs. Is it a case of narcissism or just knowing what’s best for the camera?

Other than being self-obsessed, I have no other excuse, no. Haha…but honestly, self portraiture is a very common art of photography. I think people would freak out if I asked them to pose for some of the ideas I do in my self-portraits, so it’s better to use myself as the model and save myself the embarrassment.

Are there any Egyptian photographers that have caught your eye?

There are a lot of great talents in Egypt, most of them are extremely under exposed. If I had to mention a few, I’d say Karim Omran and Beya Khalifa.

What’s your advice for Egyptian kids who want to get into photography?

Don’t go thinking you need to buy fancy equipment to take good pictures! The picture is only as good as the photographer and not the camera! Use your Grandpas old Canon, make your own light equipment and use all the resources you have. Get creative! 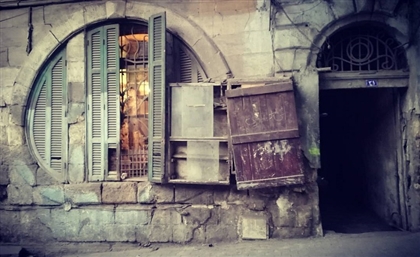 This political science professor gives the doors of Cairo a whole new level of [...] 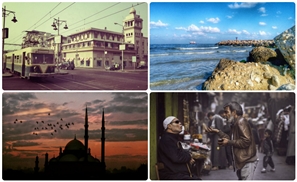 We’ve scoured Instagram and picked seven of the most stunning pictures around Egypt [...] 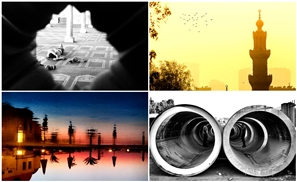 Every Friday, we highlight some of the best shots we've seen throughout the week. [...]
Week Month Year