Jesus to Save Syria?

Warring factions are said to have called a three-day truce near Syria's Cherubim Mountain, to safeguard the passage of a 40 ft. statue of Jesus which was recently erected there. 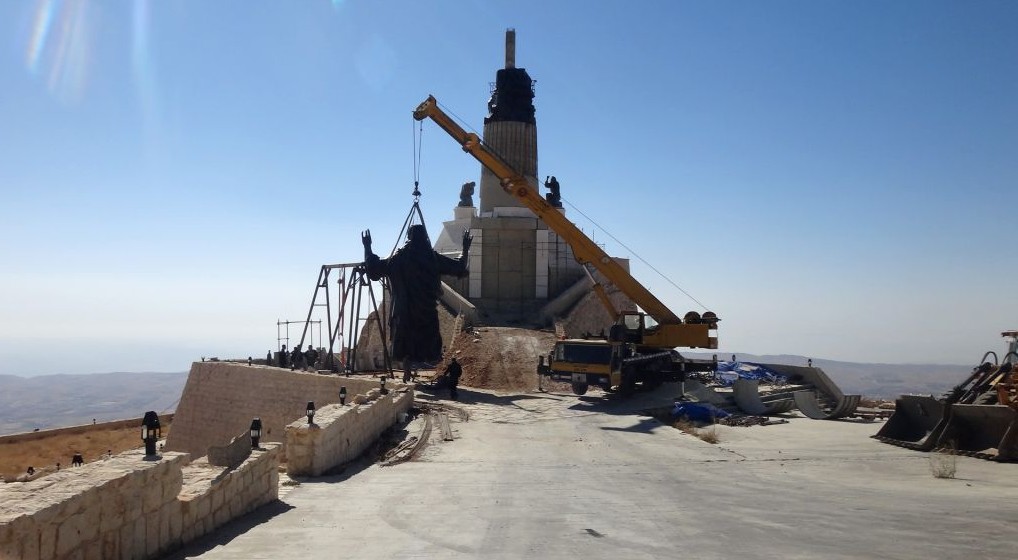 A London-based charity has turned its attention towards the Syrian struggle and has organised a truce between the warring factions. Obviously, an actual truce would make world-wide news but, in the ridiculous world we live in, this truce isn't about establishing peace. It’s about safeguarding the passage of a gigantic bronze statue of Jesus that will be placed on a Syrian hilltop.

The 40ft. statue will stand, arms outstretched, on the Cherubim Mountain, overlooking the route pilgrims took from Constantinople to Jerusalem in ancient times. As for recent times, the struggles and mass murders continue with no end in sight.

The delivery of the statue is the result of eight years’ work, which was set back by the on-going civil war. Project organiser, Samir al-Ghadban said it was worth erecting the statue, created by an Armenian sculptor, because "Jesus would have done it." However, we at CairoScene believe, at the risk of being sacrilegious, that Jesus would most likely made peace his priority over erecting a huge statue of himself.

Ghadban said the main armed groups in the area – Syrian government forces, the rebels and the local militias of Sednaya, the Christian town near the statue’s site – stopped fighting for three days while the statue was erected. If true, then this is a diplomatic breakthrough that we find hard to believe.