Kareem Gouda, a graphic designer at Fortune Promoseven, creates engaging digital projects that depict people and concepts in pop culture. We have a chat with Gouda to find out more about his unique designs... 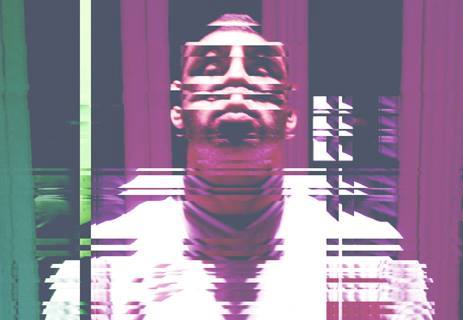 Kareem Gouda, a graphic designer at Fortune Promoseven, creates engaging digital projects with a keen eye for minimisation and retro surfaces; projects that often depict popular characters and concepts, from famous football players, to TV shows, to a campaign for beards, that pop out of your screen and more likely than not end up back on your social media feed. We have a chat with Gouda about his unique designs...

When did you get into graphic design?
10 years ago, right before college.

What other mediums do you work with or is it mainly digital?
Mainly digital, even when it comes to graffiti.

Favourite font-type and why?
Helvetica. Because everything comes and goes; Helvetica stays. For the past 50 years Helvetica has dominated design.

Was creativity a big part of your childhood upbringing?
If drawing dinosaurs ripping each other apart on the couch and on my mom's clothes can be considered as "childhood creativity" then yeah, that's it!

Which series of designs are you most proud of?
My football series, "I AM NUMBER TEN". Since day one I published the project and it got featured EVERYWHERE! Even Ronaldinho tweeted about it and mentioned my name which meant a lot to me.

Which was the most fun to draw?
Dinosaurs and World Of Warcraft creatures. Yeah, I'm weird. But weird is good, y'know?

Would you call your designs 'fan art'?
I'd say "personal project" instead of fan art because fan art is just made by a fan of something/someone and considered as a tribute. A personal project is where I execute my personal design work by using some inspiration out of the thing I'm working on; for example the Breaking Bad poster illustrations. I didn't make them as a tribute to the show but for the sake of art, and to do something artistic with the great series' badasses.

What is the most frustrating part of dealing with Egyptian clients?
Deadlines and money, always. They want the design today, for the lowest amount of money possible (it'd be perfect if it's for free) and when it comes to the money part they always ALWAYS make up stupid excuses: "My dad is pregnant, my mom is dead and my grandma is joining the army! Maybe next week!". That next week never comes!

What is the most ridiculous thing you've heard from a client before?
Hahahaha! I once made this logo for a certain media agency (without mentioning any names) and I sent three options and they were like, "Wooow! Great job man! We'll call you asap!". So I was like "Alright I'll wait for your call." Two days later, I got the feedback from them saying "Dear KG, great work! We love the gorilla you did so much! So, we're going to kill it and use a "W" instead. Thank you for your time and effort and waiting for your great stuff!" Yeah, they loved the icon I did so much that they didn't want to use it!

I know your football pieces have gained some notoriety. Where have they been used or picked up before? Have any of the footballers ever reached out to you?
I got a call two years ago from someone who was working at the FIFA Museum in Zurich, telling me that they wanted to put the Zidane, Péle and Maradona posters in the museum. And the only footballer who reached out to me was Ronaldinho through a tweet he sent out, but I didn't actually get to chit-chat with him.

Where do you see yourself and your work in five years time?
An Egyptian creative working in Europe with the best creatives from all around the globe to make a dominating creative team of designers.

Can you illustrate 'Cairo Scene' for us!?