Egypt's once-powerful theatre culture is seemingly on its deathbed, but independent Cairo-based theatre production company Kenoma is helping fight for its survival. 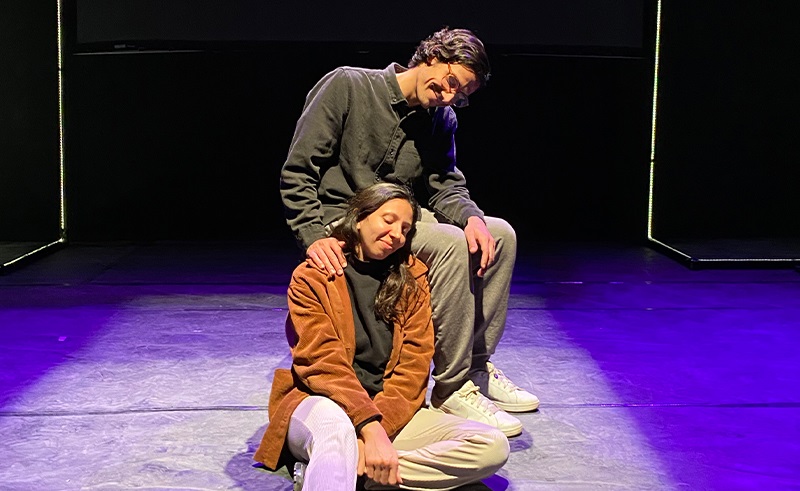 Madraset El Mushaghbeen, El ‘Eyal Kebret, and Sok ‘Ala Banatak are classic plays that we all grew up watching recordings of, and for many young Egyptians it is all we know about local theatre.Through stories told by our grandmothers, we can only imagine the masses lining up to watch Adel Emam’s latest production, or tittering at an improvisation made by Fouad el-Mohandes. While this form of commercial theatre is an essential element of Egypt’s artistic heritage, dating back to Naguib El Rihani’s stage, it’s only one part of a much larger history and more potent legacy.

From journalist Muhammad Unsi’s call in 1870 for more Arabic performances opposing eurocentric influence to post-2011 political plays, theatre artists have constantly been struggling to keep their craft alive. Although records of Egyptian theatre reach back to ancient times, it was modernised as an art form during the era of Khedive Ismail, with heavy influences from European theatre. In 1885, Al-Azbakiya Theatre began hosting Egyptian theatre groups notorious for their anti-British performances, which lead to their demobilization. After the 1952 revolution, Al-Azbakiya Theatre was transformed into 'The National Theatre’ and hosted several companies with more original and Egypt-specific narratives and plays.

Amidst the ever-evolving threat of streaming services, gaming culture and the omnipresence of blockbuster attractions, Egypt's once-powerful theatre culture is seemingly on its deathbed. Independent Cairo-based theatre production company Kenoma is helping fight for its survival.

Kenoma Theatre Company was founded in 2018 through the collective passion and effort of its five partners: Myra Massoud, Ahmed Essam El Shamaa, Ahmed Ehab, Ahmed Hani, and Moustafa Khalil. In the last five years, not only have they produced six plays that sold out, but they’ve consequently managed to establish a space for those wanting to make a career out of their art.

“While directing ‘Waiting for Godot’ in 2016, the term ‘Kenoma’ kept showing up,” Moustafa Khalil, artistic director at Kenoma, tells #CairoScene. “When I searched it, I found out that it meant cosmological emptiness and the void, which rings true to how we feel about the theatre scene in Egypt. There's a void in terms of accessibility and opportunities, and the community itself is diluted and fragmented. We felt like Kenoma is the perfect name for the company as we’re trying to fill that void by offering a lot of productions and opportunities for artists and crew members and trying to help the industry grow.”

Part of the struggle is dealing with preconceived notions about the theatre that normally alienate audiences. “Everyone thinks theatre is either pure comedies where a star is basically just telling jokes,or this very deep, experimental, incomprehensible thing,” Ahmed Essam El Shamaa, content director at Kenoma, says.

“There has to be an intellectual thought behind why we’re doing this story, but it’s just as important that we make you feel something as well,” Khalil adds. “We come to the theatre to feel, and we also do theatre to feel.”

Kenoma strives to build a community of artists and audiences alike by cultivating a communal space that allows the audience to be part of the story being told on stage. “There’s a real sense of need for theatre performances,” Myra Massoud, project manager, and coordinator at Kenoma Theatre Company, says. “People want this to exist. They want this space, and they want this culture. We are trying to provide that.”

Myra was introduced to theatre in school and has been advocating for it ever since. “We had an optional theatre two-year course that two friends and I fell in love with,” Myra recalls. “We fought for it to be a high-level class, convinced the school to do it, attended it, but they closed it after we graduated.”

The fight for reviving theatre is ripe with hurdles, and the lack of resources and funding are definitely on top of the list. Like many of his colleagues, Ahmed Hani, resident director and business developer at Kenoma, felt his passion for theatre spark during his first school play. But when the programme was pulled, he stopped acting altogether. It is a dilemma that is echoed throughout the entire industry in Egypt.

The crew at Kenoma aims to produce a play that can run for thirty days straight. However, between limited theatre spaces and extremely expensive rent rates, creating and attending plays has become that much harder. Despite the challenges, the energy to create is prevalent amongst many independent theatre artists.

“With independent theatre, most if not all of the cast and crew work for free,” actress Laila Ghoneim tells us. Ghoneim worked as an assistant director for ‘W Baaden’, an original play written and directed by Mary Aravanis, and an actress in Kenoma’s experimental series ‘Cycle of Attention’, which debuted in Darb1718. “We do it because we love it, especially with Kenoma. Everyone who works there loves it because they love theatre and they believe in what they’re doing.”

Ghoneim was introduced to Kenoma after watching their production of ‘Endgame’, and has since stuck with them due to their dedication to providing absolute creative freedom to their artists, creating what Ghoneim calls a perfect balance between investment in young artists and supporting them to create and grow.

Kenoma’s latest play, ‘F Entezar Gadallah’ (an Arabic adaptation of ‘Waiting for Godot’) was performed in the Jesuit Theatre, after it burned down in a tragic fire in 2021. The Jesuit Theatre is the origin of most independent theatre artists and companies, so Kenoma performed ‘F Entezar Gadallah’ amidst its ruins, and donated all proceeds from their play for its reconstruction. This unwavering loyalty to theatre as a platform for expression and as part of Egyptian culture is part of their drive to create plays and performances and to give other people the opportunity to create as well.

Yusuf Idris, an esteemed 20th century Egyptian playwright, would argue that dramatisation is a trait of Egyptian everyday life, an intrinsic part of our mannerisms, which becomes even more clear in public congregations. Whether it is an intrinsic trait, a passion, a feeling, or a tool for resistance, many see the Egyptian stage lying in ruins - Kenoma is on the frontlines salvaging whatever they could from the old and rebuilding it anew.

From chairs to architectural facades, this architect is turning photographs of [...] 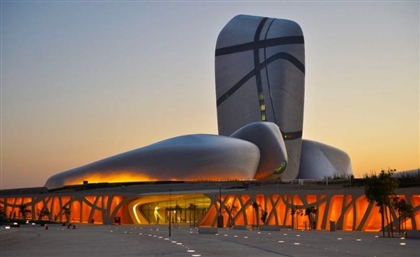