Graphic designer Nora Khorshid approaches one of the most controversial topics in Egypt and asks the question: Why are people gay? 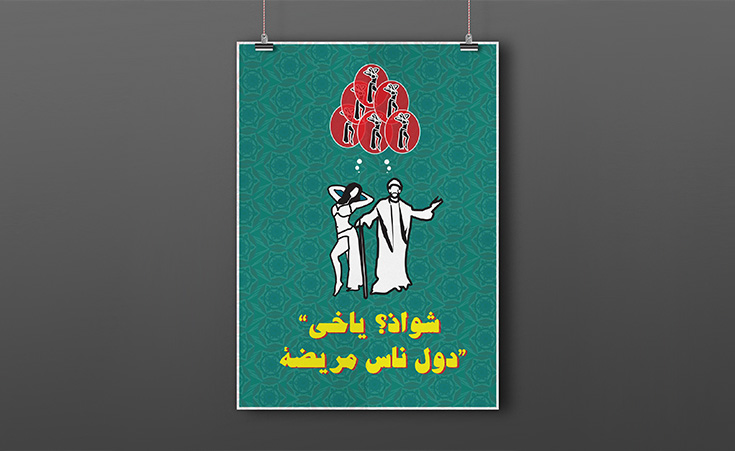 With her infograph of controversial designs about homosexuality and how the Egyptian society views it, 21-year-old graphic designer Nora Khorshid asks, “Why do people from different cultural, religious, and social backgrounds identify as LGBT?”

Khorshid, still being a GUC student started her project two years ago when she was asked to start a Cairo campaign, and being the challenging person that she is, she decided to talk homophobia.

“Shawaz? Yakhy dool nas mareeda!” is only a snippet of the gruesome comments that the Egyptian LGBT community faces frequently, which Khorshid incorporated into her designs, along with other offensive comments and a lot of rainbows. “In order to actually build an LGBT community, it must be okay to discuss the topic,” says Khorshid, “Being gay is not in fact criminalised, however, it remains underground and frowned upon,” she continues. She explains the amount of criticism she faced as she explored the topic further with her friends on the internet, from both straight and LGBT individuals. Her main objective was to explore the “rape” notion behind homosexuality that suggests everyone who is attracted to the same sex has been forced into it from an earlier age through nonconsensual sexual relations.

The young designer let us know, exclusively, that she is planning to delve deeper into other controversial topics as well – the next round being a lot more interactive. "Card games," was all she spilled to us.

If you’re still wondering why people just so happen to be gay, check it out some of her artwork – with the numbers, the science, and the rainbows – below or head to her Behance page for a more detailed look.