Our Bookie Monster, Anam Sufi, talks about Vladamir Nabokov's novel, Lolita, discussing why it holds the ranks of being deemed a contemporary classic. 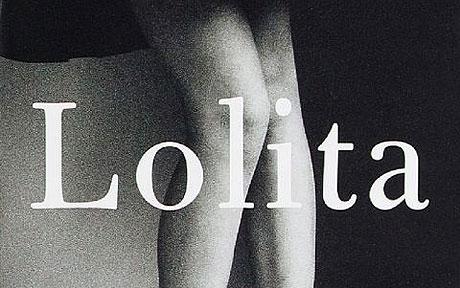 Lolita, a novel by Vladimir Nabokov, was first published in Paris in 1955 and later in New York, in 1958. Almost immediately after its release, the work plummeted into securing a position of being a contemporary classic; a feat owed to its haunting and controversial subject matter.

The protagonist, Humbert Humbert, is someone who the reader is quick to discern as an unreliable narrator. A middle-aged literature professor, he becomes obsessed with Dolores Haze, a sexually precocious twelve-year-old girl. To further his chances with Dolores, Humbert weds her mother, and upon doing so, becomes sexually active with his stepdaughter. On the surface this story is about a pedophile who teeters on the repulsive line of incest and sexual immorality, however, when the reader begins to peel away at the content and stylistic form that Nabokov uses, a darker and more complicated narrative is exposed.

Given that the story is told through the perspective of Humbert, the reader constantly remains attentive to where facts are skewed to fit the character’s telescopic perspective of his own acute desires. In saying this, the descriptions that establish the character of Dolores, whom the narrator lovingly gives the nickname of Lolita, dilute the moral dilemma that frames the plot. Despite her age and arguable innocence, she invites Humbert’s approaches and actively participates in the affair. Her dialogue and behavior turn over the question as to how innocent a role she assumes in the duration of the affair.

This complexity is what I found to be the most intriguing element of the novel. The reader approaches the text with an objective understanding of what constitutes right and wrong, something that is solidified by the end of the novel, but in the middle of the story, there is remarkable room for flexibility in terms of questioning the “disgusting” nature of Humbert and Lolita’s relationship. To me, this is an incredible feat on behalf of literature, calling to attention the stylistic brilliance that Nabokov exhibits in telling the story.

The fragmented experiences and the melancholic tone of the narrative is highly successful in leaving the reader feeling deeply unsettled, but equally intrigued. If I were to place this novel in conversation with another literary work, it would be with Bernhard Shlink’s The Reader. Both stories tap into the unnerving matter of age in terms of romance and sexual interaction. And it is interesting to view the similarities and differences that surface when the genders are exchanged in both texts. The Reader ultimately emerges as a text that is dominantly focused on love and its dynamic forms, whereas Lolita remains highly devoid of such impunity.

I have heard mixed reviews and opinions on Lolita, but my stance is on par with those who celebrate its courageous subject matter, and more importantly, its scintillating use of language to dilute an arguably static moral judgment. Saying this, I certainly recommend you add this to your shelf of must-reads. If not for the value it holds in terms of the story its self, than as a canonised example of 20th century literature.